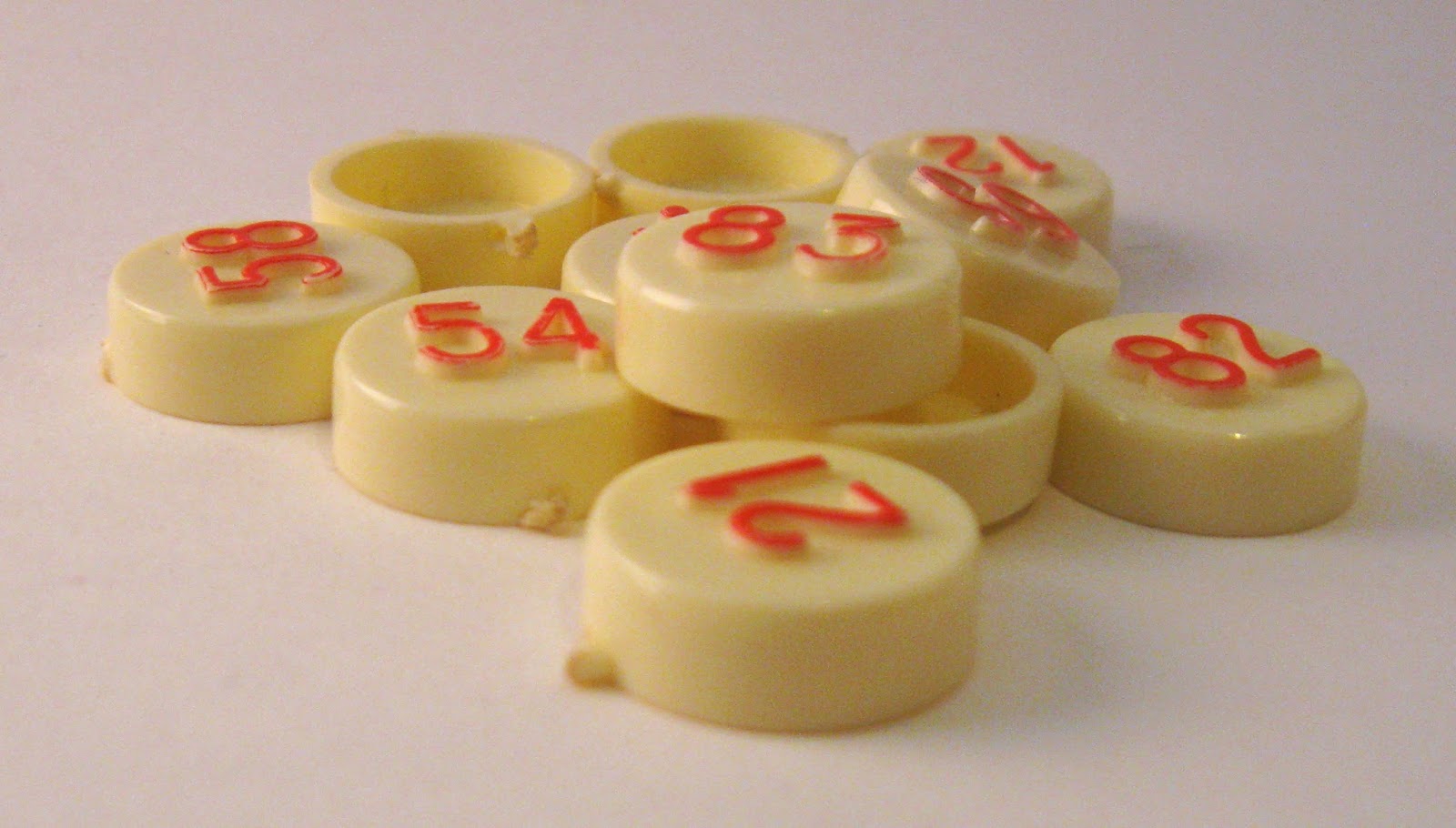 Charity shops can be a cheap source of old children's games worth looting for various tokens. An old Lotto game (£1) realised a set of plastic numbers which will be useful for random activation of units in games like Rifle and Kepi. 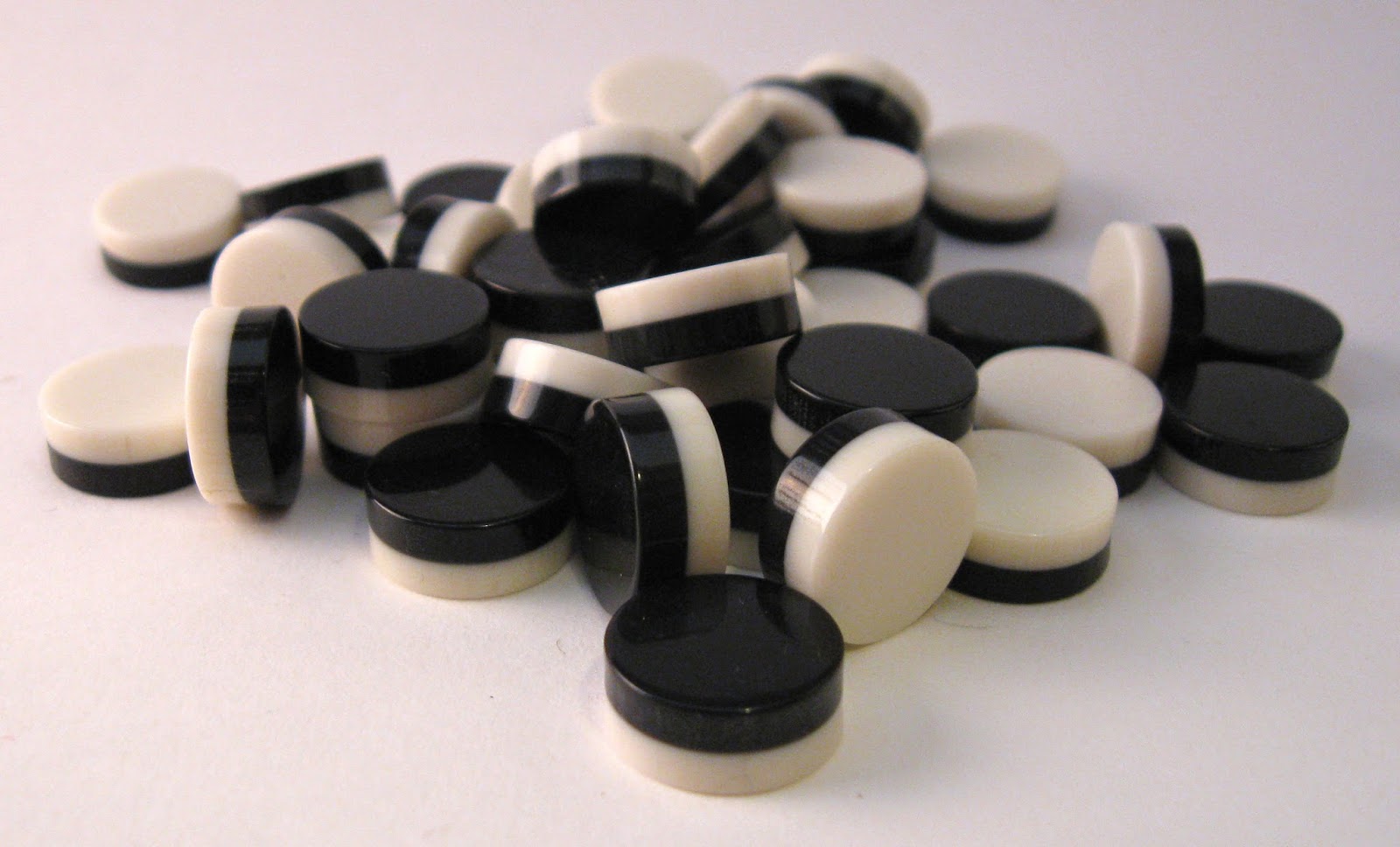 A pocket game of Othello (50p) provided some small counters which are white on one side and black on the other. These could be useful for Crossfire where pinned (white) can be converted into suppressed (black) by simply flipping them over. An alternative would be to use some Liquorice Allsorts but that would require conversion work.
Posted by doctorphalanx at 14:33:00