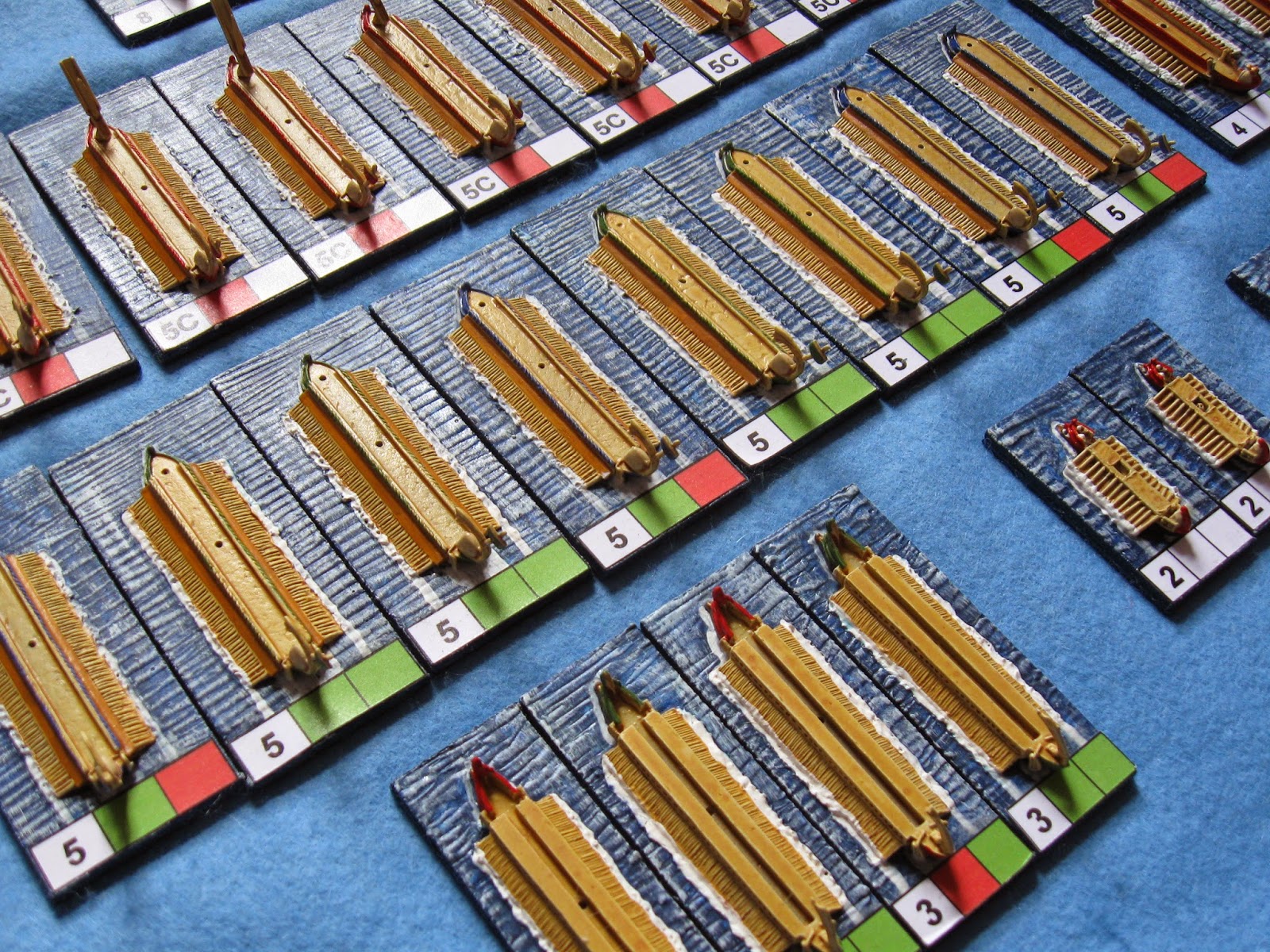 My ships are mainly Warrior Miniatures 1/650 quinqueremes with some Skytrex Triton 1/600 models to fill in the gaps.

Corvus II comes with squadron lists and I have just enough ships to meet the requirements of the Rome vs Carthage and Octavian vs Anthony ones. The labels show the type, and the alternative Rome-Carthage and Octavian-Anthony affiliations depending on which conflict is being played. The rules are comprehensive enough but easy-to-follow and strike just the sort of balance I like between being historical and being playable to a conclusion.