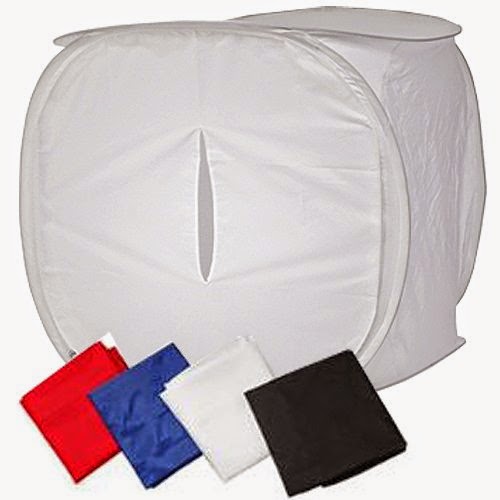 Since starting to photo models for this blog I've rather taken to the idea. First I made this light box. I subsequently made a larger one but was not entirely satisfied with the size, cast and how its framework threw shadows. I therefore invested in one of those cheap portable tents that you can get from Amazon for about £10. The backdrops may not be very good, but I bought a sheet of white 'Fab Foam' from Hobbycraft which is crease-free. When you pull the tent out of its packet it explodes like a jack-in-the-box! Getting it back in perplexes some but I've had previous experience of these sprung wire things. You just need to get a firm grip and force it into a figure of 8. It then meekly pops back into its little carrying bag. 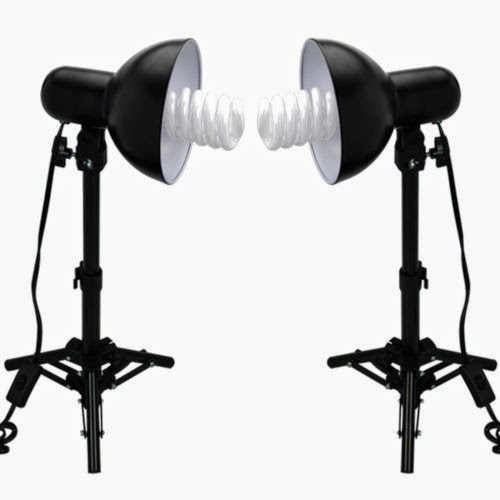 I also picked up a couple of lamps with daylight bulbs from an Ebay supplier called germanladen for a very competitive £30 with free delivery. Why pay more?

The lamps are robust and stable, and good quality as well as good value. Some lamps which many suppliers offer with a tent as a set seem much more flimsy but can in total cost just as much.

So here is my first attempt to try out the new equipment - some Pendraken 10mm WW1 AFVs. I thought the original photo was still rather on the grey side but here is the shot after Photoshopping. I don't have the world's best camera and I have a lot to learn, but I think the equipment will be useful.

After three days of soaking in Simple Green, the figures felt 'soft' to the touch, so I took them out and applied an electric toothbrush. I expected this to be messy and feared it might also damage delicate parts like swords, but I didn't need to worry on either count.

The toothbrush worked well but did not completely remove the paint in the grooves and undercuts so after rinsing in clean water I put the figures back for a further soak. I feel that relying on the chemical reaction as far as possible is preferable to physical action to remove the paint, but I accept that more brushing will be needed. I didn't replace the Simple Green at this stage, but reused the liquid the figures had already been soaking in. This may not be optimum, but I think the liquid is still active as it is quite warm.

A few pikes came adrift. Simple Green is said to dissolve superglue, but this was probably mainly caused by handling and a very minor issue in any case.
Posted by doctorphalanx at 17:23:00 1 comment:

Rome vs Carthage at Sea - a Corvus II game

I staged a game of Corvus II at my local wargames club for two members who hadn't played it before. Bernard commanded a Carthaginian squadron and Bob a Roman one. I acted as teacher, guide and umpire which gave me an opportunity to refresh my knowledge of the rules.