Tonbridge has its own club (Tonbridge Wargames Club) and they put on a demo game of the battle of Segesvar from the Hungarian Revolution 1848-1849. The game evoked a lot of interest.

On the credit side I got rid of a lot of stuff at knockdown prices on TWWS's excellently-organised Bring-and-Buy stall. It can't be much fun to spend the day running that so a big thank you to those involved for providing this facility.

On the debit side I bought a 28mm adobe house from TableScape, ordered a couple of  rubber-backed mats from Tinywargames and got some heavy-duty magnetic sheets from the charming people at Products for Wargamers.

First Game of The Men Who Would Be Kings

This was my first game of The Men Who Would Be Kings and the first outing for the Zulu War figures I've recently been accumulating. Please excuse the unfinished bases made from Coins of the Realm. Queen Victoria would not have been amused and I would have been doing hard labour, but times have changed.

I didn't actually play myself but ran the game for two other players who had played it before so I could piggyback on their experience. The table was set up for Scenario A, a sort of ‘passing engagement’ in which each side is aiming to get off the opposite end of the table while picking up additional points for inflicting casualties.

With faster moving troops the Zulu player (Bernard) had the initiative. Some units bolted for the far end while others concentrated on cutting off the British. This seemed like a good strategy.


The British (Chris) were inevitably slow but also handled  cautiously.


The Zulu blocking units advance in the open and suffer badly from British firepower. In this photo they are pinned. They recovered from the pins and managed a couple of charges, but were beaten off. Perhaps they should have stuck to the cover.

Three of the Zulu units, followed later by a fourth, make it off the table, but not without suffering some casualties from long-range fire. The damage was minor but was to cost points in the final reckoning.


With four Zulu units off the table and two annihilated, the British were left unopposed but still had to make it off by the end of the scenario (turn 15). One didn't, resulting in a draw. With my godlike impartiality and benefit of hindsight I'd say the British were too cautious and the Zulus not cautious enough.

Both players seemed to enjoy the game though Chris is more of a fan of Lion Rampant. Both players have played both games before. I look forward to taking command myself.
Posted by doctorphalanx at 23:15:00 7 comments:

Labels: 19th Century, AAR, Colonial, The Men Who Would Be Kings, Zulu War

I previously posted some photos of my 28mm Zulu War armies as stored in Really Useful Boxes (example posted again right). The figures are mounted on steel 2p pieces and the boxes are lined with magnetic plastic. All looked well but when I opened the boxes after wheeling them to my local wargames club, I discovered the figures had ended up in a heap!  Some figures had come off their bases but luckily there was no significant damage.

The 0.55 mm thick magnetic plastic is usually fine for 10mm and 15mm figures on multi-figure bases, but metal 28mm figures are simply too heavy to stay put.

I've since lined other boxes with 0.8 mm magnetic sheet which is significantly stronger. I've also used foamboard to create internal dividers. I approached this in a similar way  to using foamboard for buildings.

First step was to measure the internal dimensions of the RUBs. I then played around with a design in CorelDraw. After some thought I decided to  go with four figures per compartment. This accommodates the regular infantry who have protruding rifles and bayonets and which are convenient to have in pairs.

After printing the templates using an A3 printer, I used SprayMount to fix them onto 5mm foamboard, before cutting them out with a scalpel. The design is very simple. There are two long slats crossed by four short slats. Slots are cut in each set, up and down respectively, so they slot together. This is then placed loosely in the RUB with some sheets of bubblewrap above. Next time I will make the dividers a little higher so they are flush with the lid.

I will also be dropping bubblewrap pads into each compartment on top of the figures.

There may be some movement in transit, but the threat of damage should be reduced.
Posted by doctorphalanx at 11:56:00 2 comments:

Goodbye to the Lead Mountain Blues

Besides my storage crisis (now eased) another burden was the long list of unfinished projects on this blog's Workbench page. Owing to what I suspect is some bug in Blogger, this page got overwritten and had to be recreated.

This apparent catastrophe was highly fortuitous as it gave me an opportunity to rethink and to relist only the projects currently being pursued or immediately in prospect.  The rest may potentially exist but out of sight is out of mind. The shame of the lead mountain is hidden, and I feel I can return to painting etc with some prospect of progress. So much so that I have  actually added  a new project! That may sound totally mad, but it's inevitable that new projects will leapfrog old ones, and that's perfectly manageable as long as something else is dropped off the list to compensate. 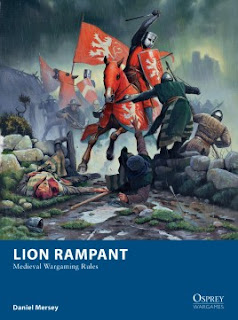 Next step is to take the figures off the old bases, throw away those afflicted with lead rot and then rebase the survivors on 2p coins. For skirmish games I really don’t like the look of rectangular bases, and I’m not keen on movement trays either. If I’m short of figures I can press some half-painted ones into service as I have plenty of those in the lead mountain. These were on my workbench over twenty years ago, but were packed into a box when I moved  house and have not seen the light of day since. I'll post some pictures when I've reorganised and rebased them.
Posted by doctorphalanx at 04:15:00 4 comments:

I have been very lucky with the accumulation of additional 28mm figures such that I now have enough for two 24 point field forces for playing The Men Who Would Be Kings.

I have six Zulu units of 16, 3 12-man units of British Regulars, a Gatling (?) team, 8 Natal Mounted Police or Carabineers and enough spare Zulus to field a unit of Natal Native Contingent. That gives me some choice on the British side.

The figures are a mix of Renegade and Black Tree. The scale mix is just about acceptable IMO but I will need to be careful not to add any figures smaller than the Black Tree ones.

The figures are painted to different standards, some a lot better than I would have attempted, some not as good.  I may add some staining and paint here and there if I can be bothered. The bases obviously need finishing and some of the Zulus are missing weapons, but the armies are ready to transport and use.

There was a time when I  would have wanted to paint all my own figures, or, at least, have them painted for me to a tight specification, but I've grown out of that. Once the bases are complete the figures should present a reasonably unified appearance and feel like they're mine.
Posted by doctorphalanx at 00:29:00 2 comments: