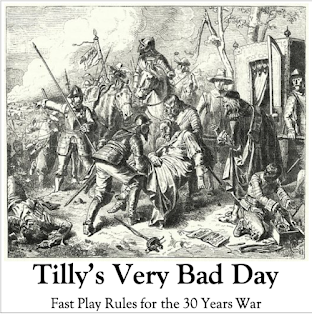 The rules themselves appear to be simple, clear and elegant and l look forward to trying them out with counters or substitute figures. My regular sparring partner is particularly concerned that 'Pike and Shot' rules should handle 'pike and shot' warfare. While, at this level, pike and shot are combined and not separately modelled,  we will be looking closely at the 'paper, stone, scissors' interaction of infantry, cavalry and artillery.
Posted by doctorphalanx at 02:22:00 4 comments: