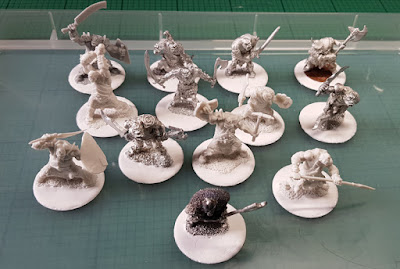 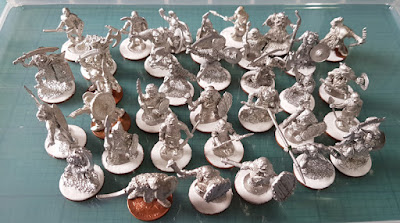 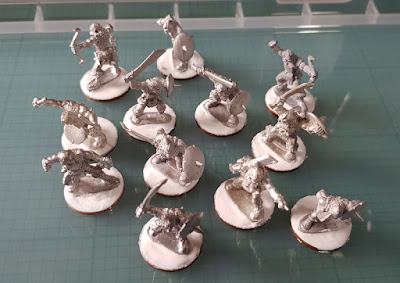 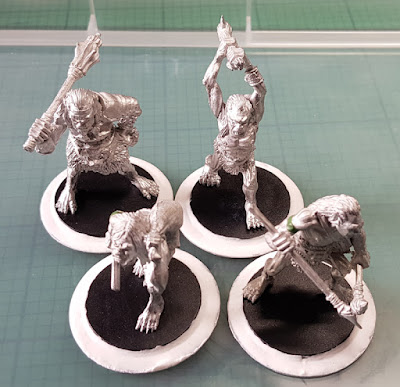 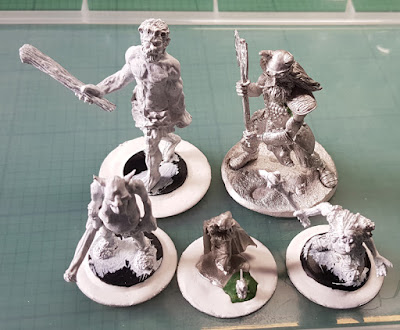 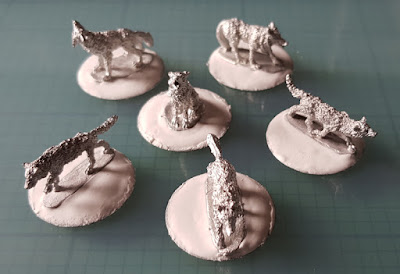 Wolves (various manufacturers) as Lesser Warbeasts. They do look a bit puny now, especially next to my wolf-riding Goblin cavalry.
Posted by doctorphalanx at 01:45:00 2 comments:

As I said before, my 28mm Elves and Trolls (Orcs) for Dragon Rampant were to be based more on Poul Anderson's The Broken Sword than on Tolkien, but in actuality I've been restricted by what was readily available in the form of models.

My Elves are 'old school' Grenadier miniatures now sold by Mirliton in Italy. They're obviously Celtic rather than Viking (as I originally conceived), but they're lovely designs and the castings are very clean.

They were previously photographed in a game but I’ve since expanded their ranks and added filler to the bases.

Despite the Celtic look, organisation is still posited on Viking lines so there are Huscarls (High Elves) and Bondi (Wood Elves). I prefer to deploy the archers amongst the spearmen so that every single unit in the warband has a sting. This really unsettles opponents!

There is also a Grenadier Shaman (Druid) and a Reaper Elf Enchantress.
Posted by doctorphalanx at 10:10:00 2 comments:

The Pikeman's Lament: My 1671 Spanish and Buccaneer companies

Devoid of the usual May festivities I’m devoting this not-as-merry-as-it-could-be month to work on a range of Rampant armies. My overall minimal aim is to level the bases with filler, and get them all undercoated and base-coated while we wait 18 months for a Coronavirus vaccine or herd immunity.

To kick off, here are my 28mm companies for The Pikeman’s Lament based on the Buccaneer attack on Panama of 1671. The Buccaneers are flintlock-armed veterans, the Spanish firelock-armed militia.

The figures are mainly North Star and Blood and Plunder. 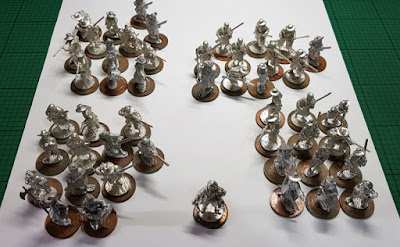 The English: Four units of flintlock-armed Buccaneers with their Welsh leader, Henry Morgan.
Posted by doctorphalanx at 10:41:00 No comments: