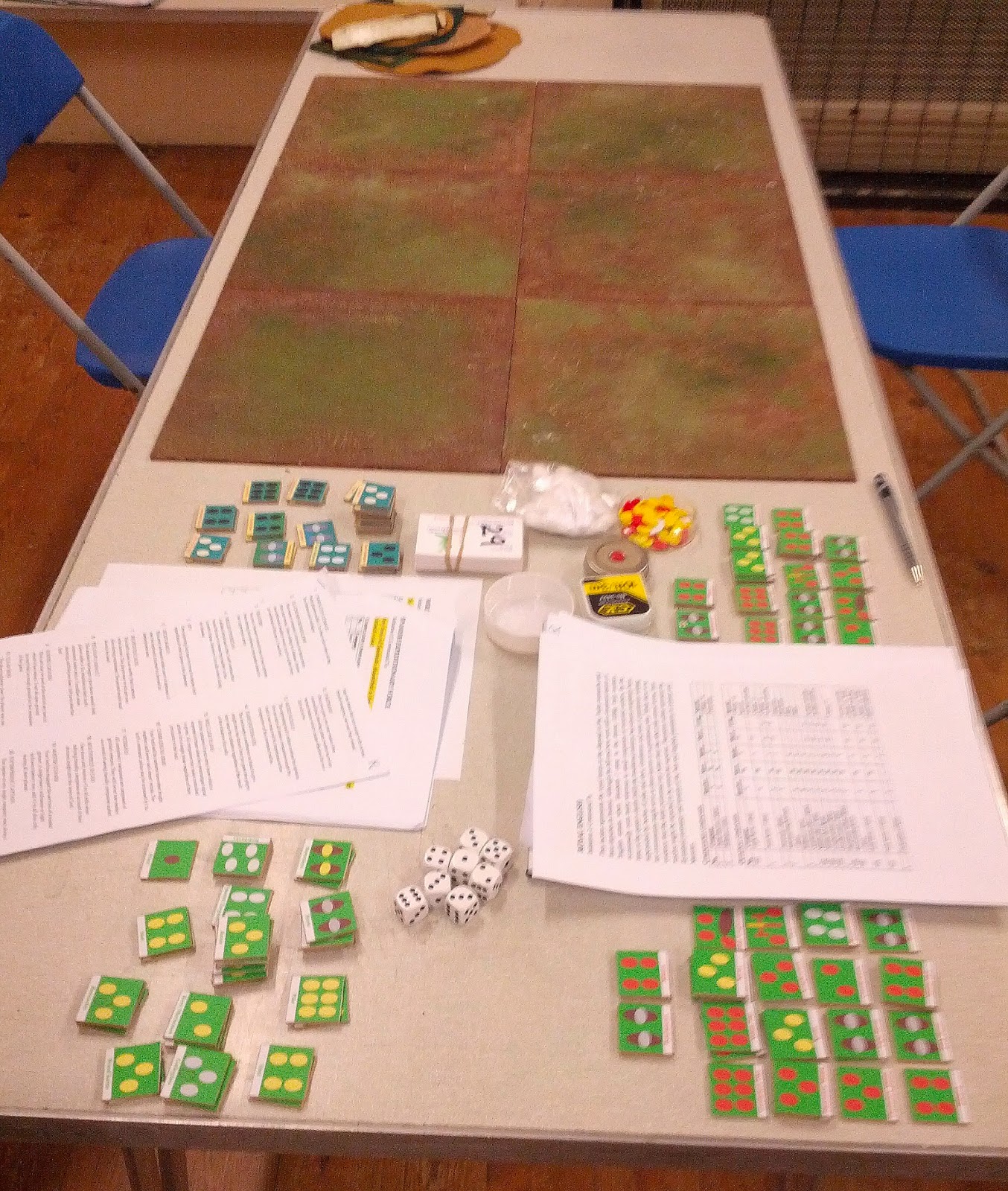 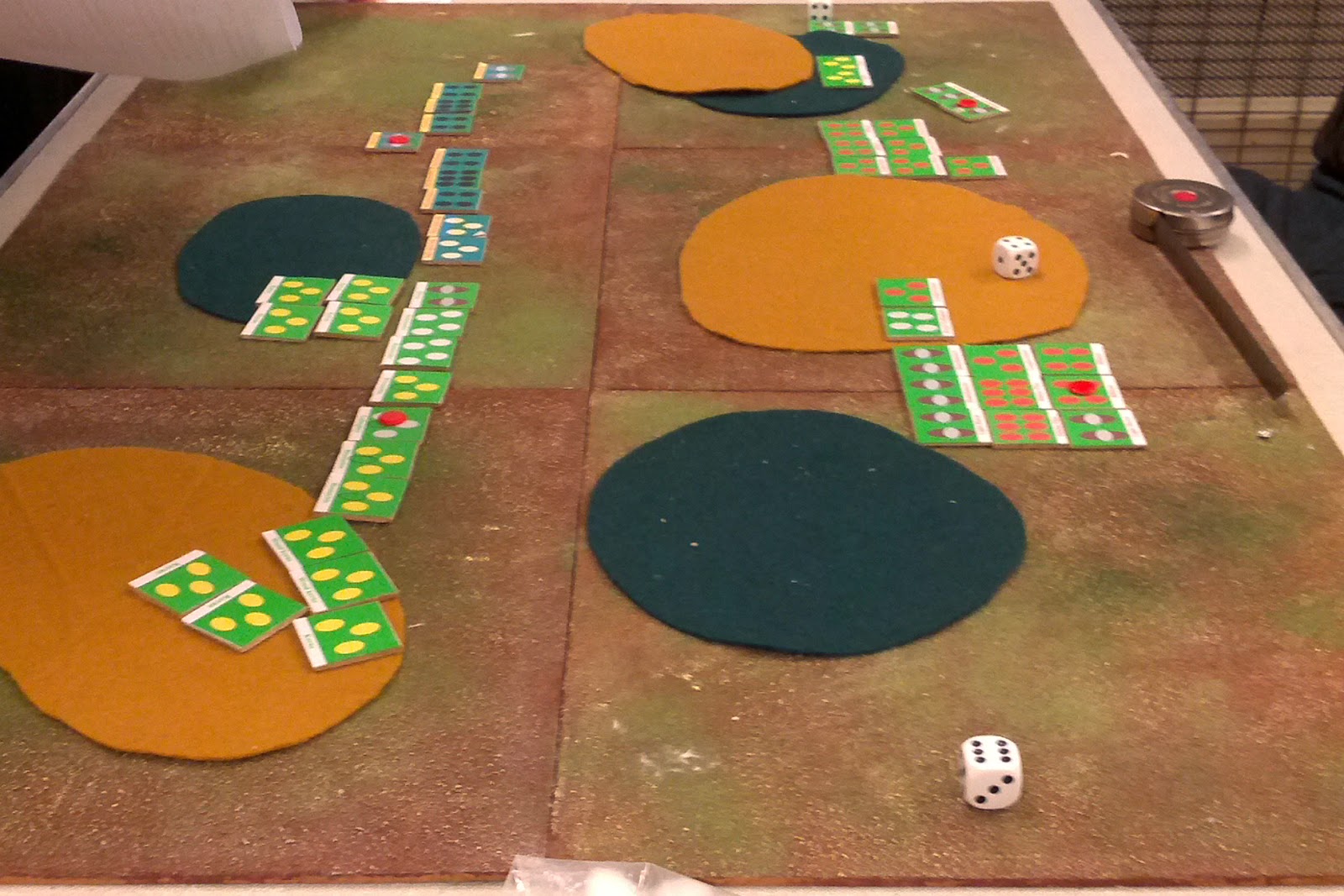 The armies line up. Bottom left: Irish. Top left: Spanish. Right: English. The Hispano-Irish side laid out lots of woods (green) and bogs (brown) but the English pressed forward through the gaps and actually did quite well under the circumstances. 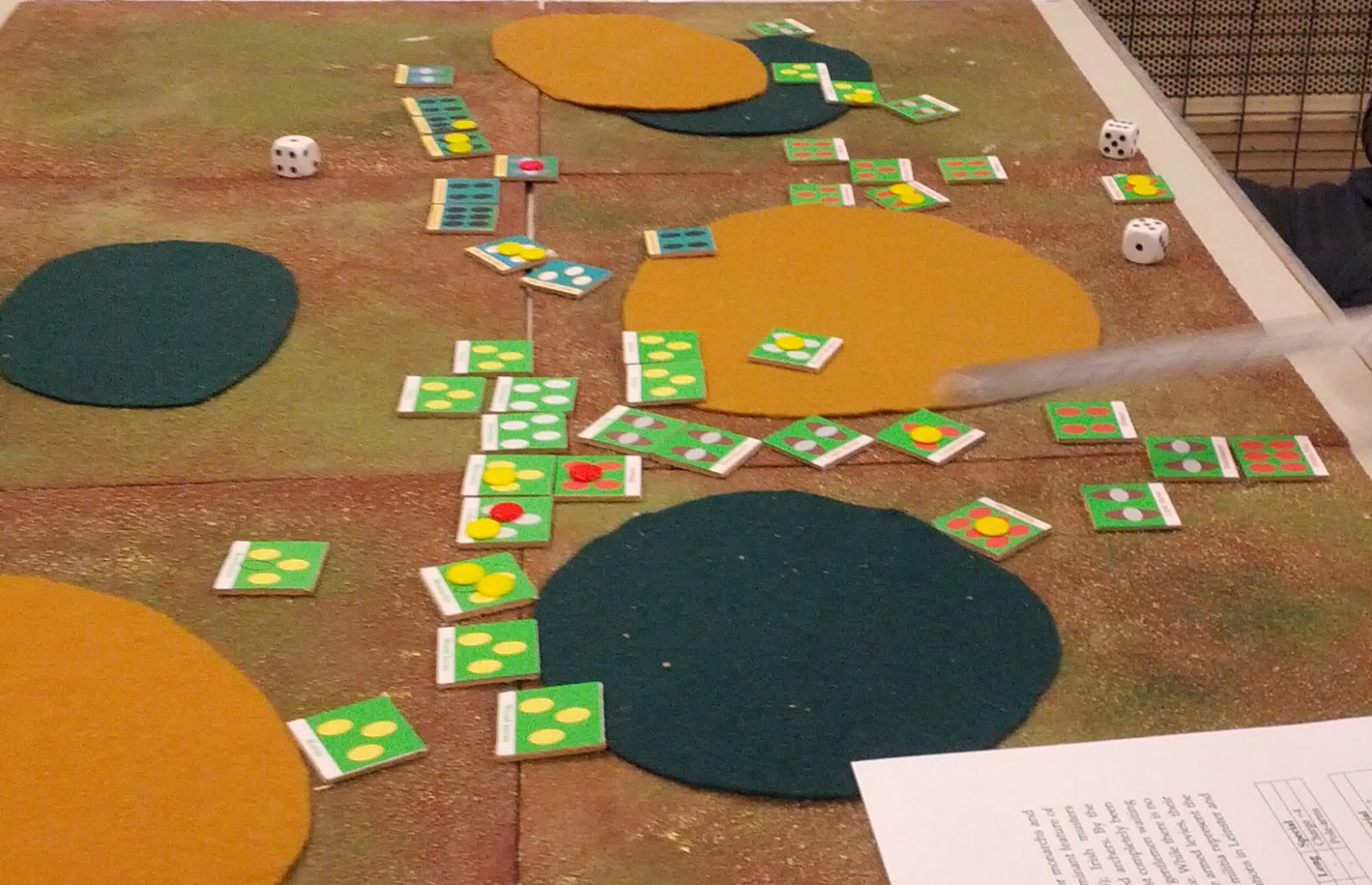 Fellow playtesters may note that the battlefield is only 2' deep when it should have been 3' for this multi-Battle game. The wood and bog are also shown superimposed on one another, but this has now been disallowed. 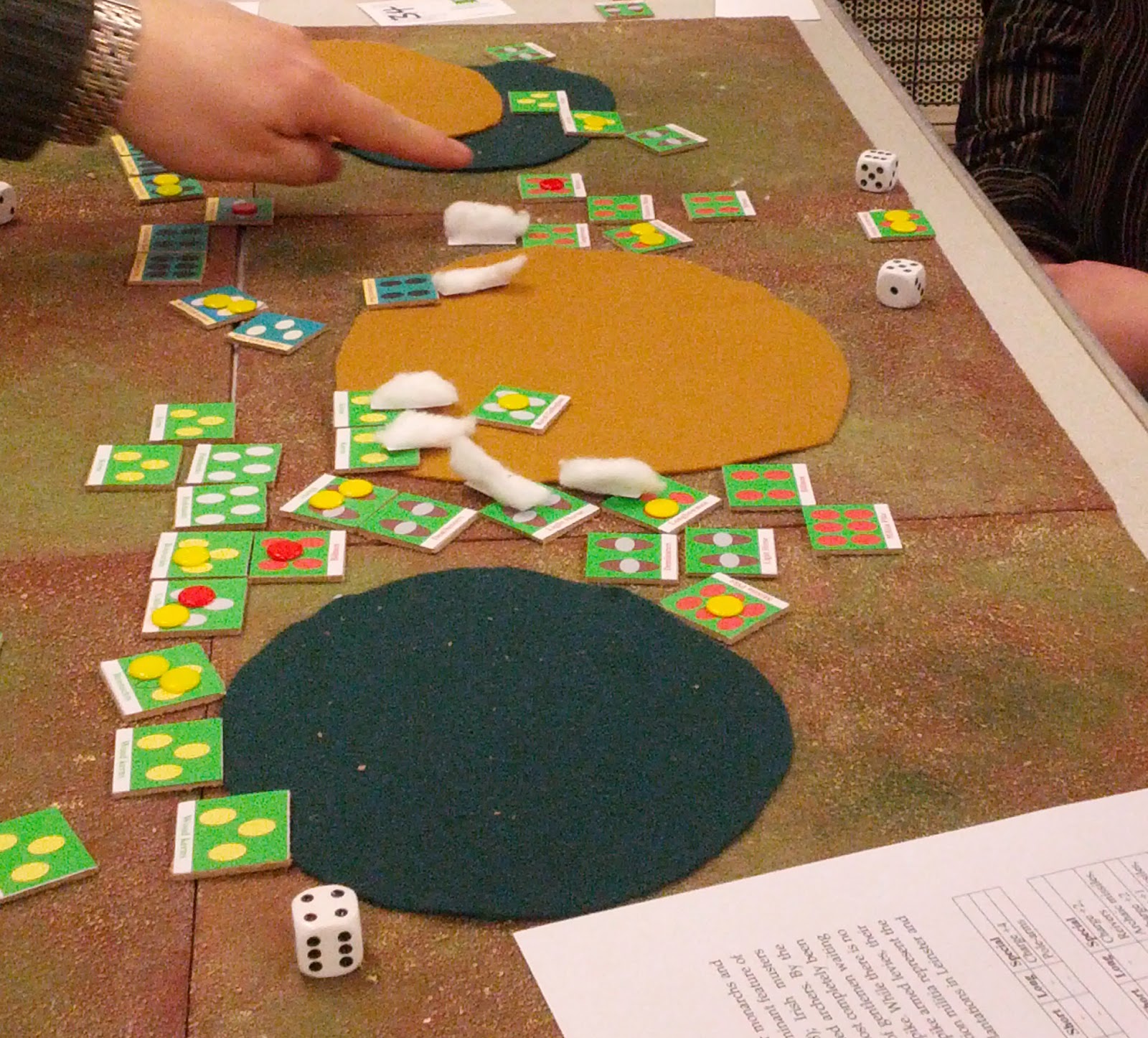 The cotton wool markers denote planned shooting. We find it convenient to mark both archaic and gunpowder weapons in this way. When a gunpowder unit has shot, we turn the marker sideways to show that it is due to reload. The markers on units with archaic weapons are simply removed. 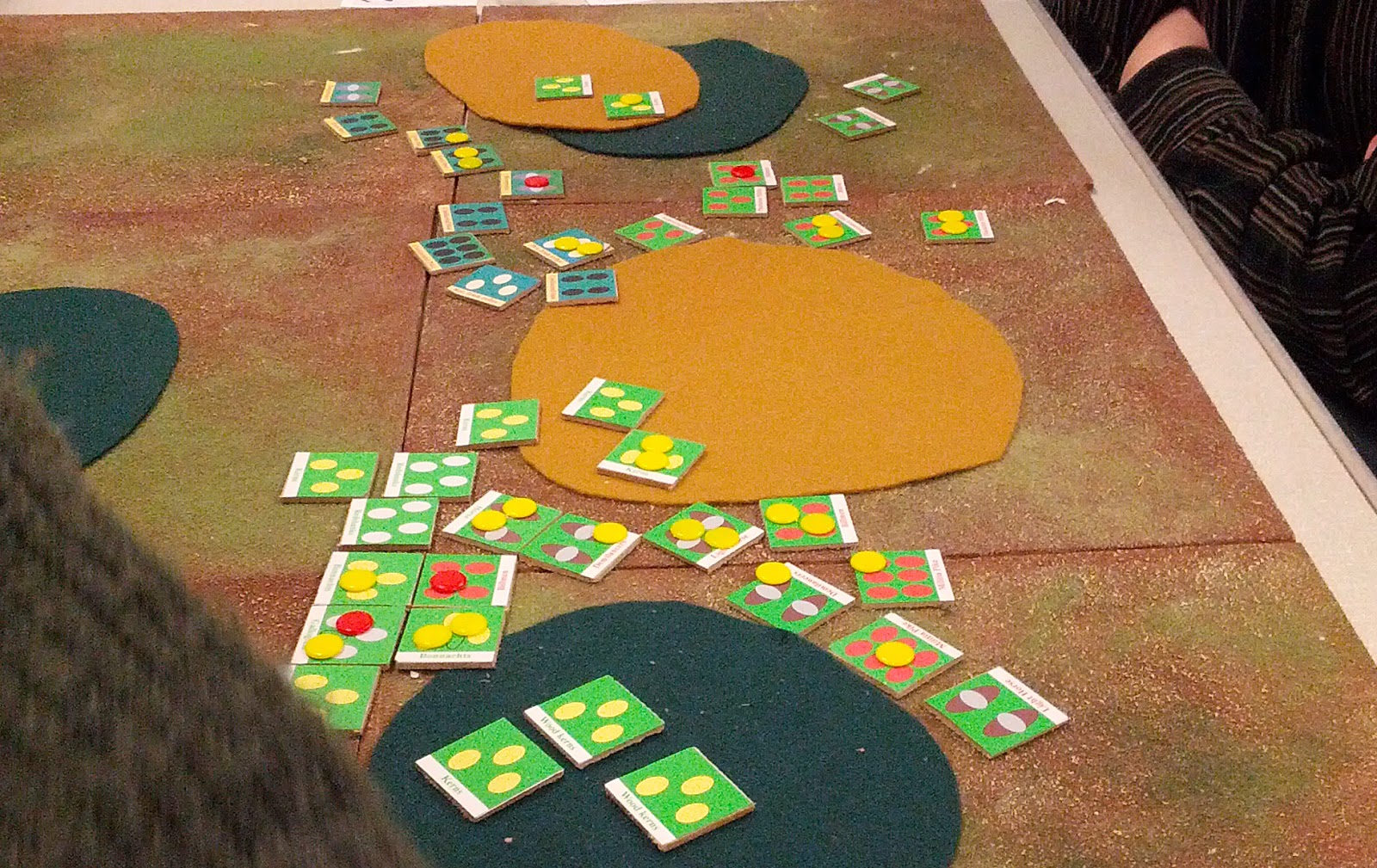 The red and yellow counters show loss of resolve. Each Company begins with a morale value ('Resolve') which is gradually eroded until the unit wavers or scatters. 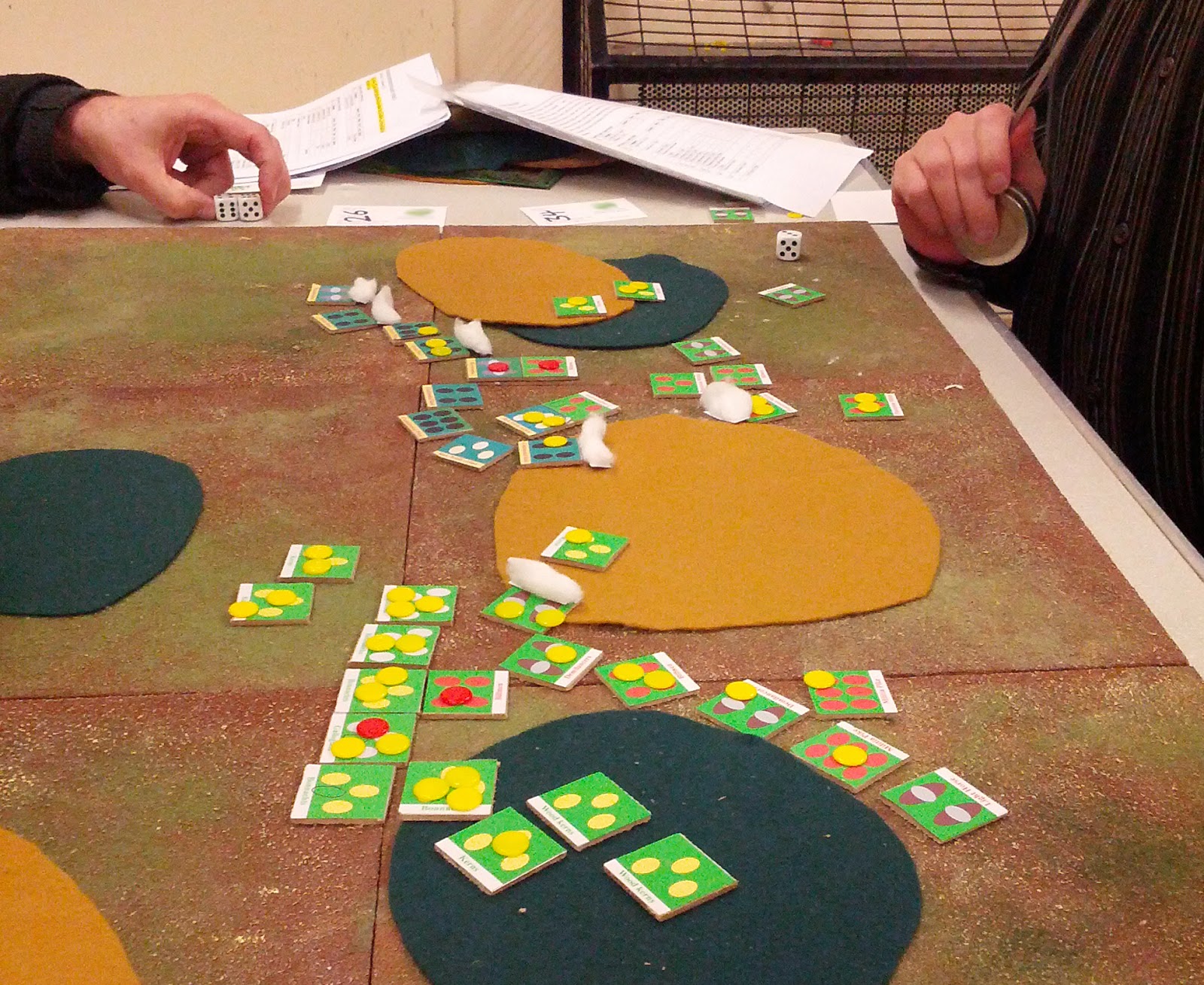 At one point the Irish had lost a lot of resolve but somehow managed to recover. The game is very fluid, but a point is usually reached when routing snowballs and one side suffers a catastrophic implosion. 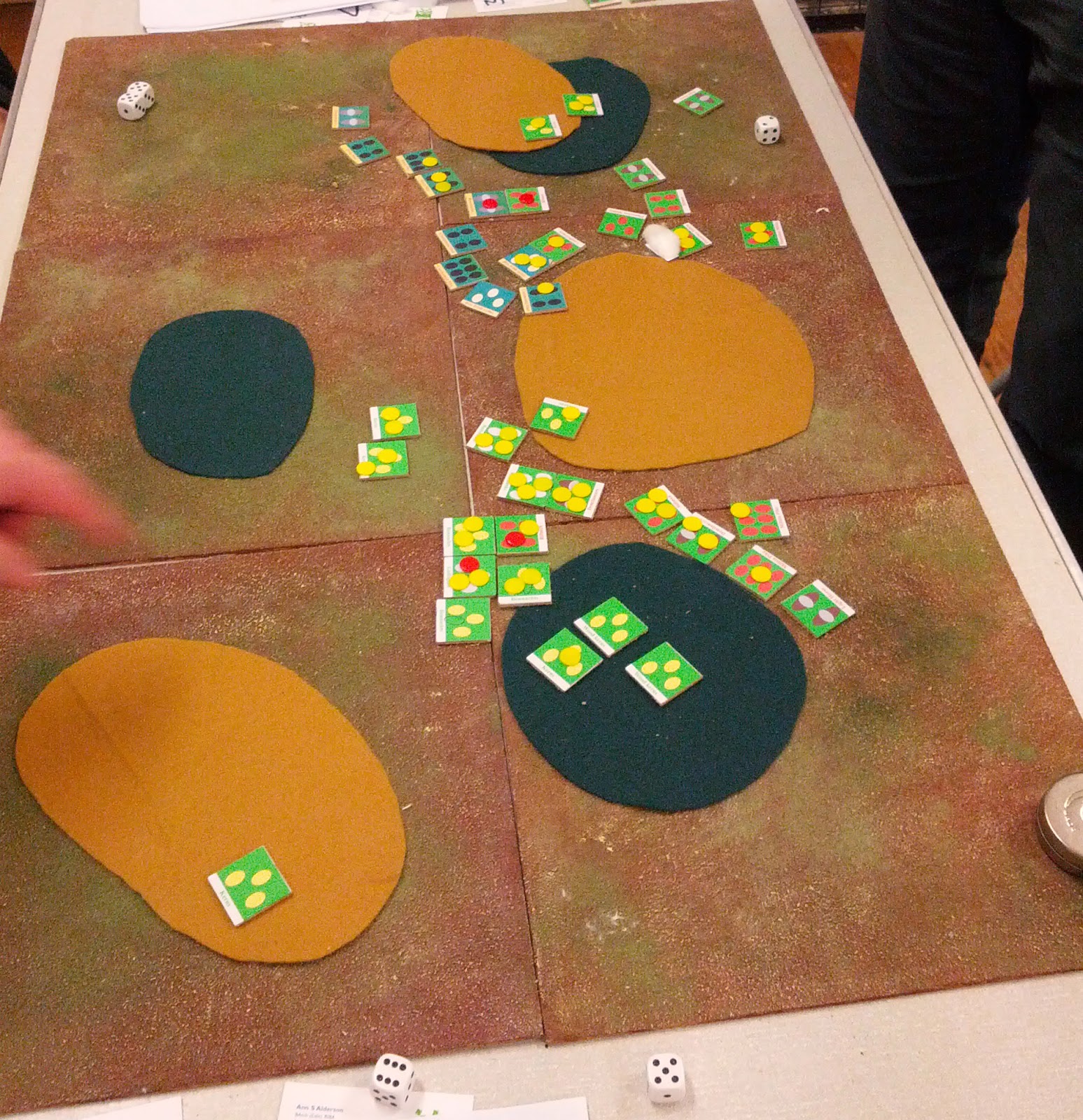 With four people, three of them new to the rules, the game moved more slowly and we were not able to finish it. The game worked well, however, and seemed popular with the players.