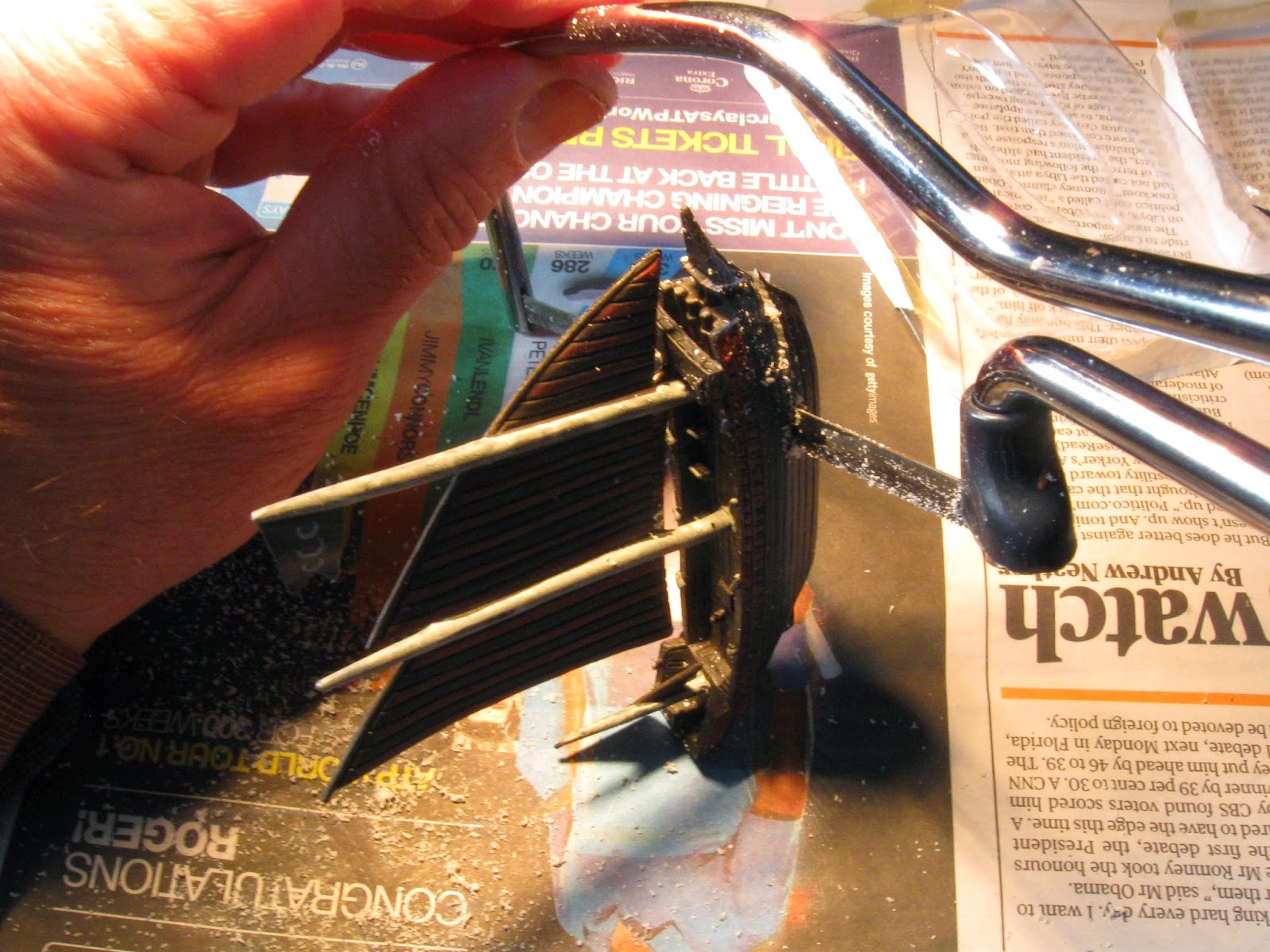 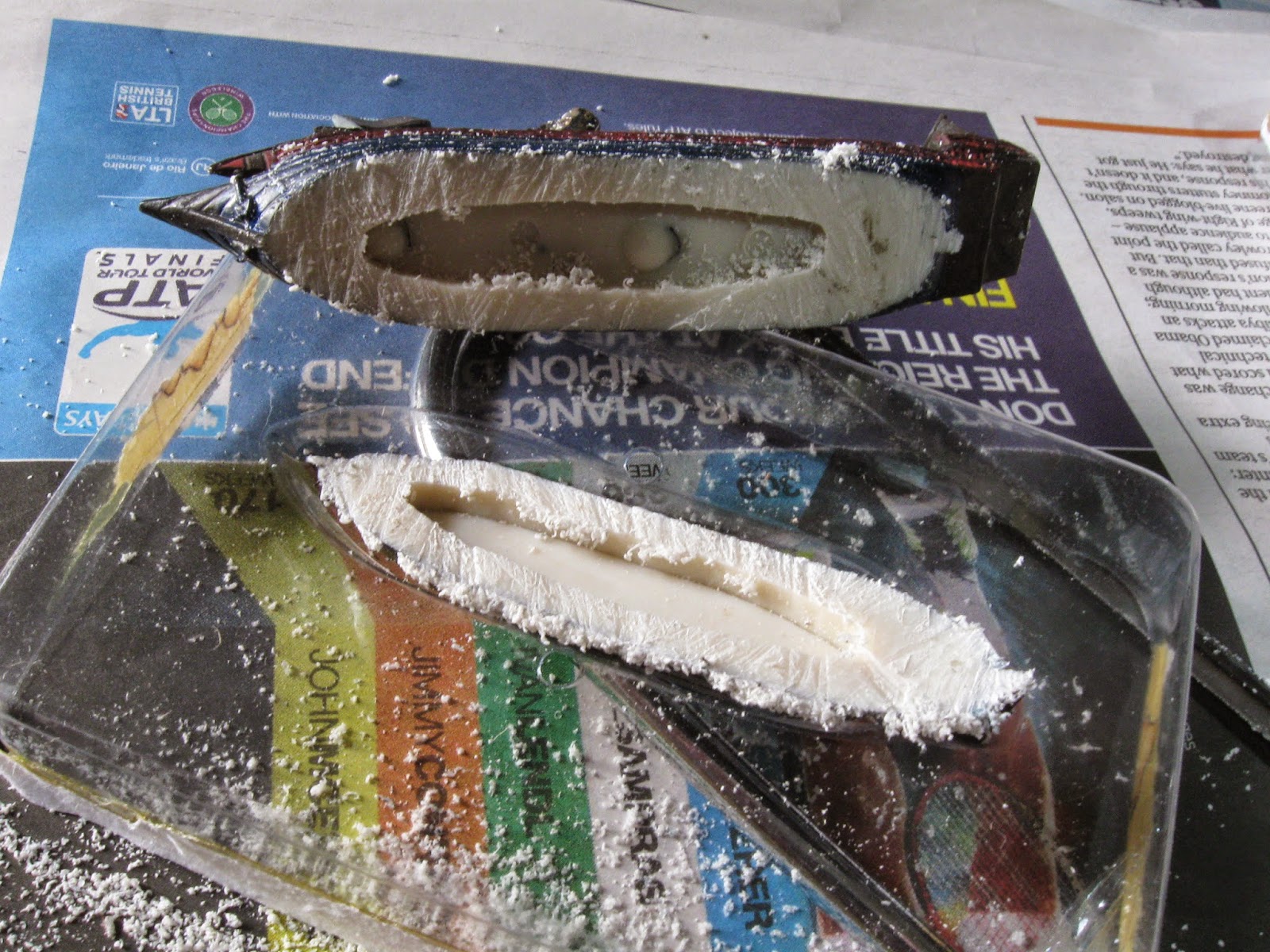 Here's the first ship with the bottom cut off. It was tedious and not something I'd want to do for a living, but the job was doable with determination and no other choice. Towards the end , I cut a little too high at the stern, mainly because the fret saw was not large enough to clear the bows, but I finished off the other two from the sides. This slight error won't show once the model is mounted in some waves. 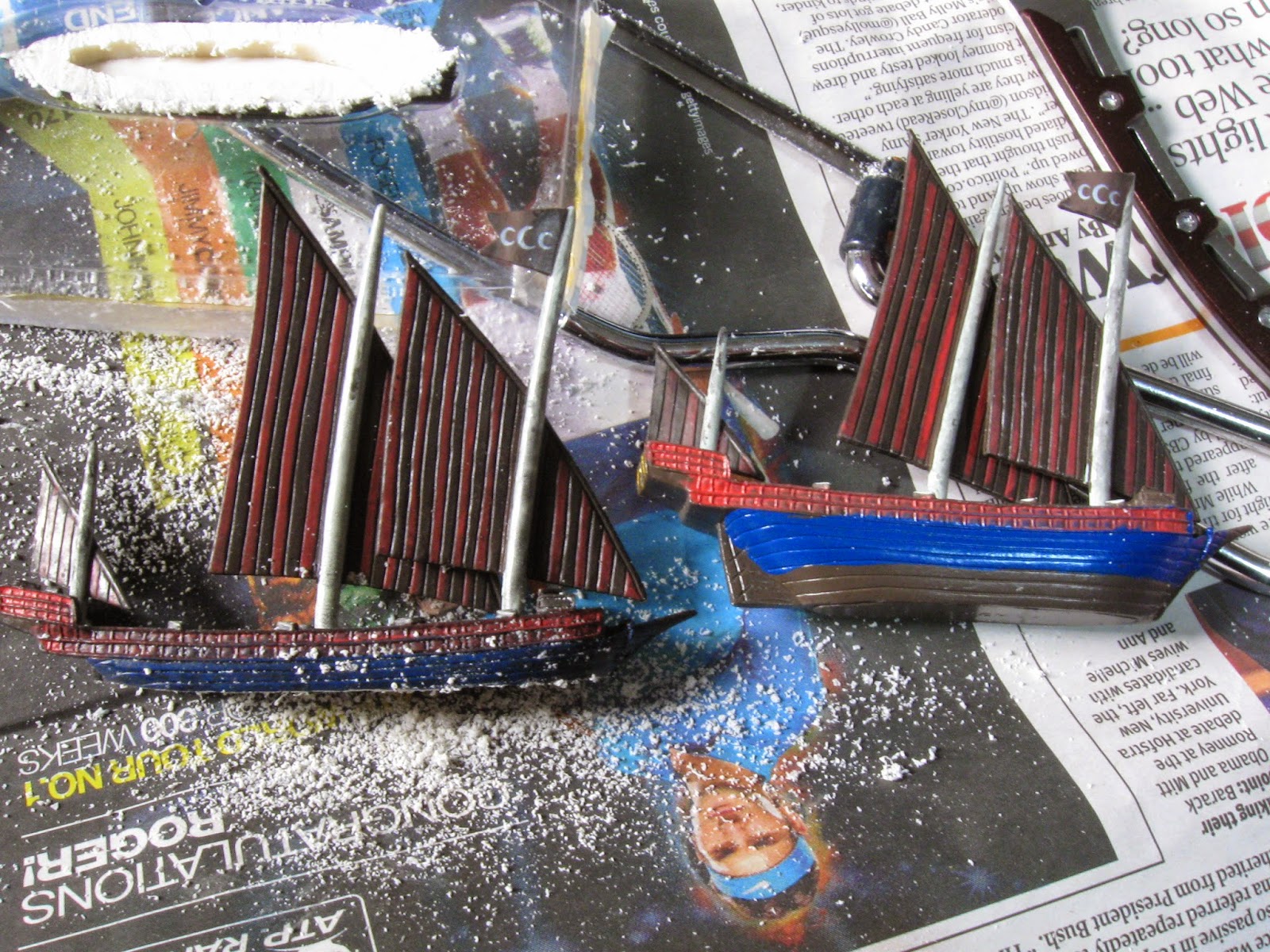 One ship done with an original for comparison. I don't pride myself on drawing straight lines, let alone sawing in straight lines, but the result was remarkably and pleasingly accurate. 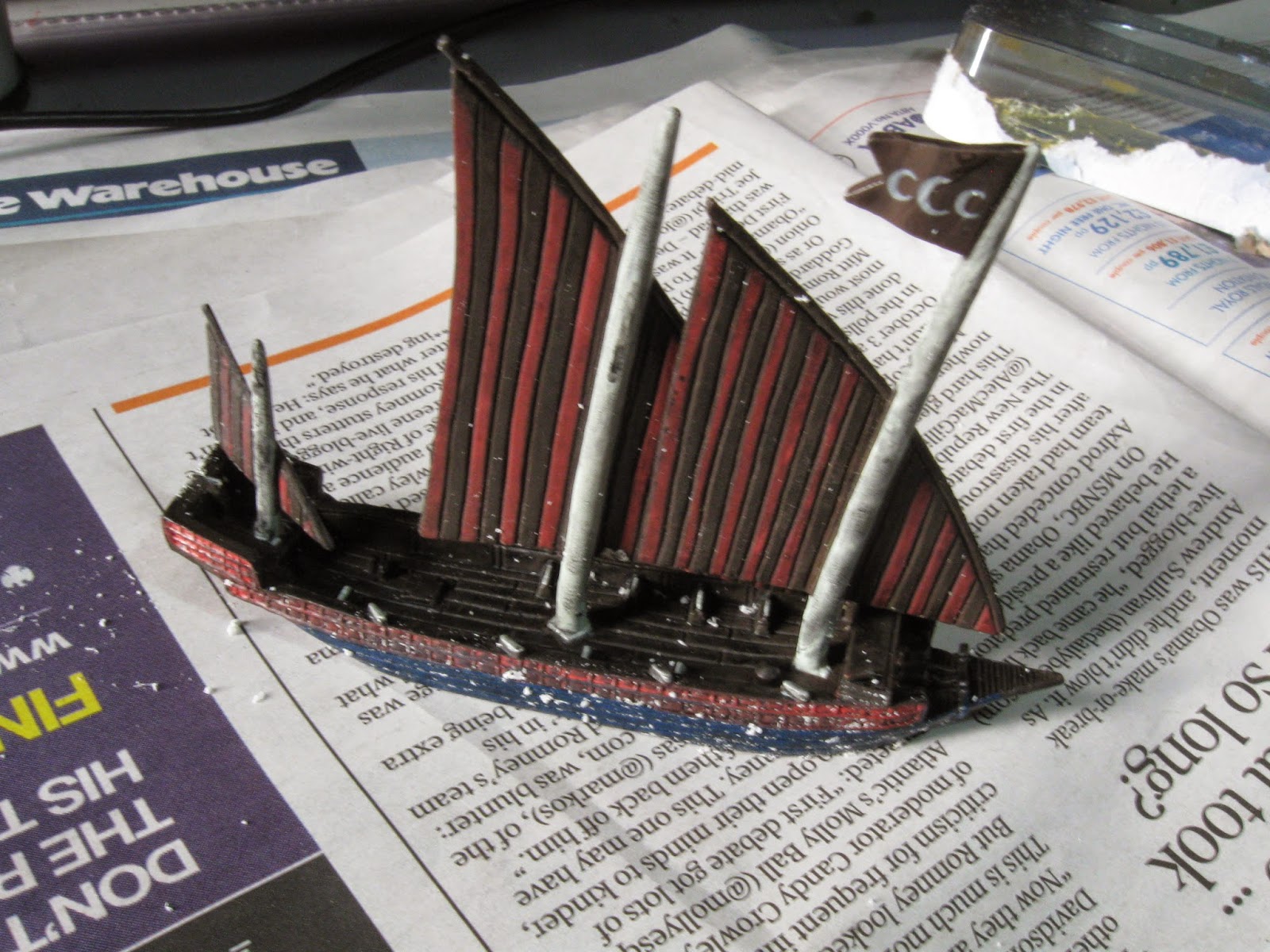 A finished model now sitting flat. The 'snowflake' debris needs brushing off. Earlier today it was snowing outside too.