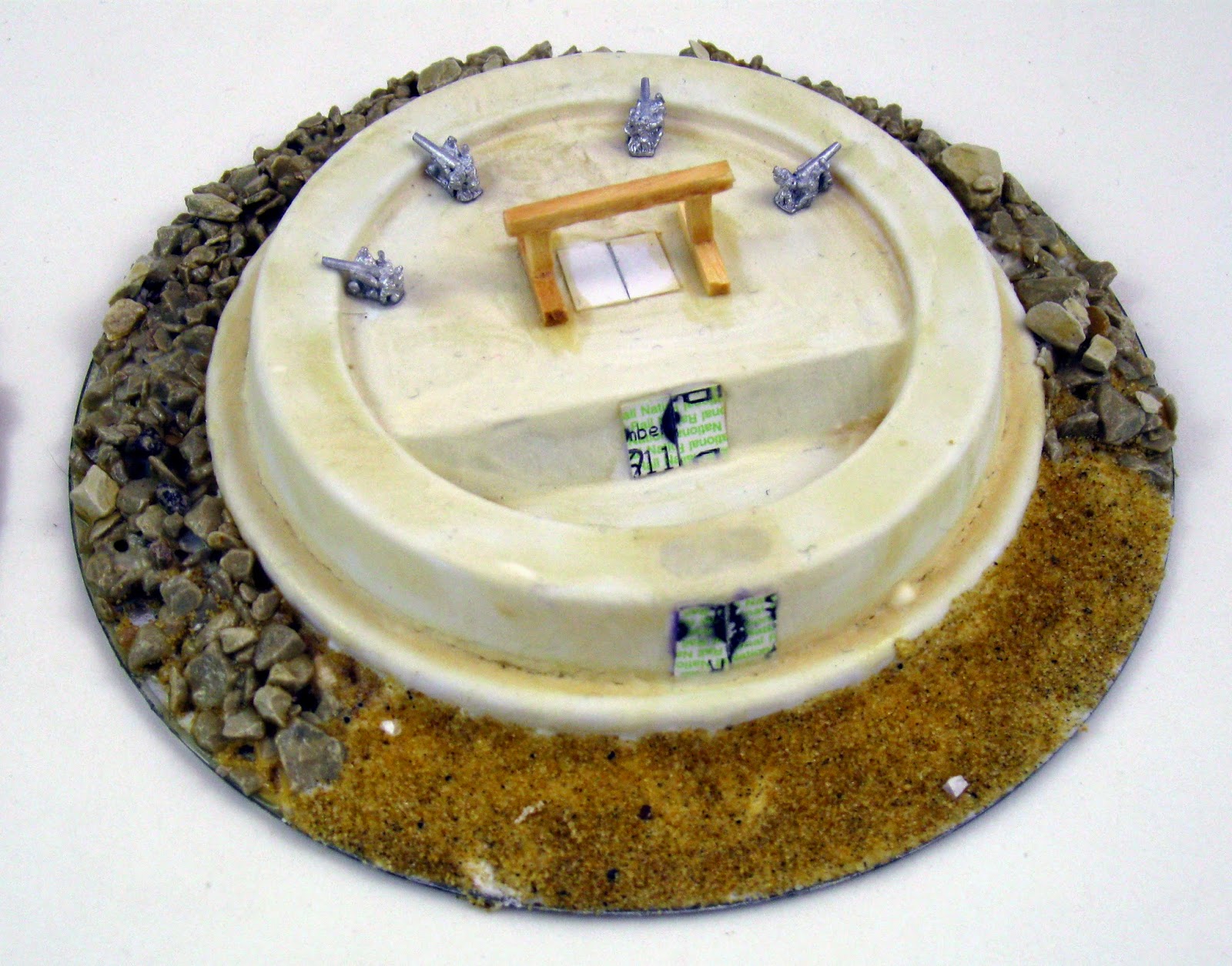 Making forts from take-away coffee-cup tops is a brilliant idea but it wasn't mine. I stole it from the well-known naval wargamer and fellow Galleys & Galleons playtester, David Manley. Taking my cue from David's Fort Barrista,  I'm calling them Fort Costa and Fort Nero, though the tops actually came from neither.

Here are some pictures of my own production process.

Doors and hatches from card are added and the lids are painted with a mixture of wall filler and PVA. The filler adds texture, the PVA adherence and strength.

Lifting gantries are made from matchsticks. The gun platform has to be provisioned. The forts are mounted on unwanted CDs. Rocks (cat litter) are added to the front and rough ground (sand) to the rear.

The forts with their Peter Pig 1/450 large artillery pieces. They are not a scale representation of any historical structure, but they seem reasonably convincing to me.

At this point I decided that the forts looked too much like artificial islands, so I resolved to square them off at the back so they could look like promentary forts, jutting out from a coastline. The cat-litter rocks are extended back down to the sides, while the land behind the fort is built up with filler surfaced again with sand. They are a work in progress and obviously require more paint.


I thought they would lend themselves to a scenario where ships had to run the gauntlet of forts commanding the sides of an estuary like the two Tudor forts at Portland Bill. I'm also planning a star fort, and will post pictures as and when.
Posted by doctorphalanx at 18:08:00