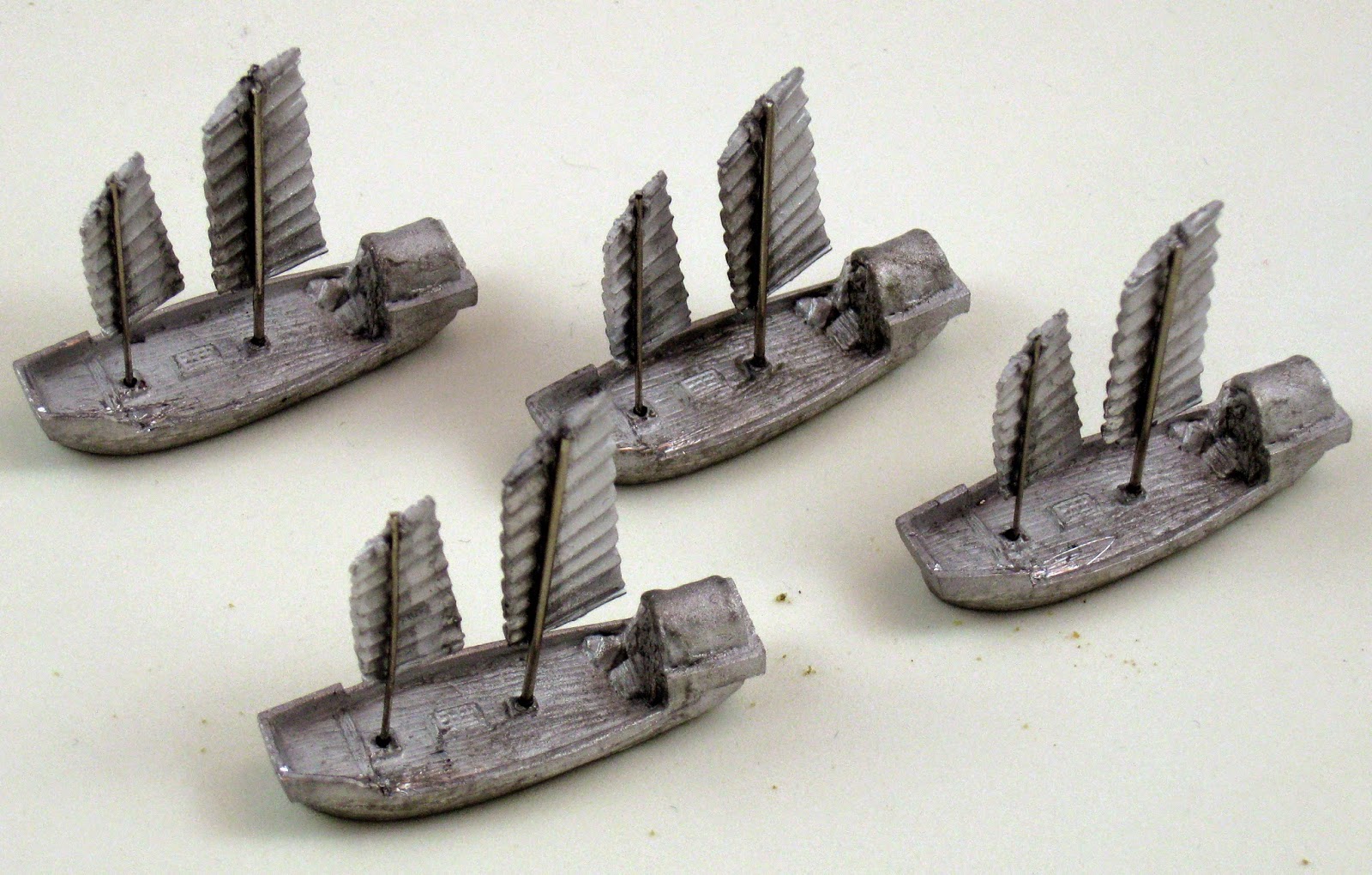 The Peter Pig vessels, in contrast, have extremely robust masts and sails cast in one piece. This is a very sensible approach for wargame models. Despite the over-scale thickness of the sails, this is hidden by clever and highly effective sculpting. 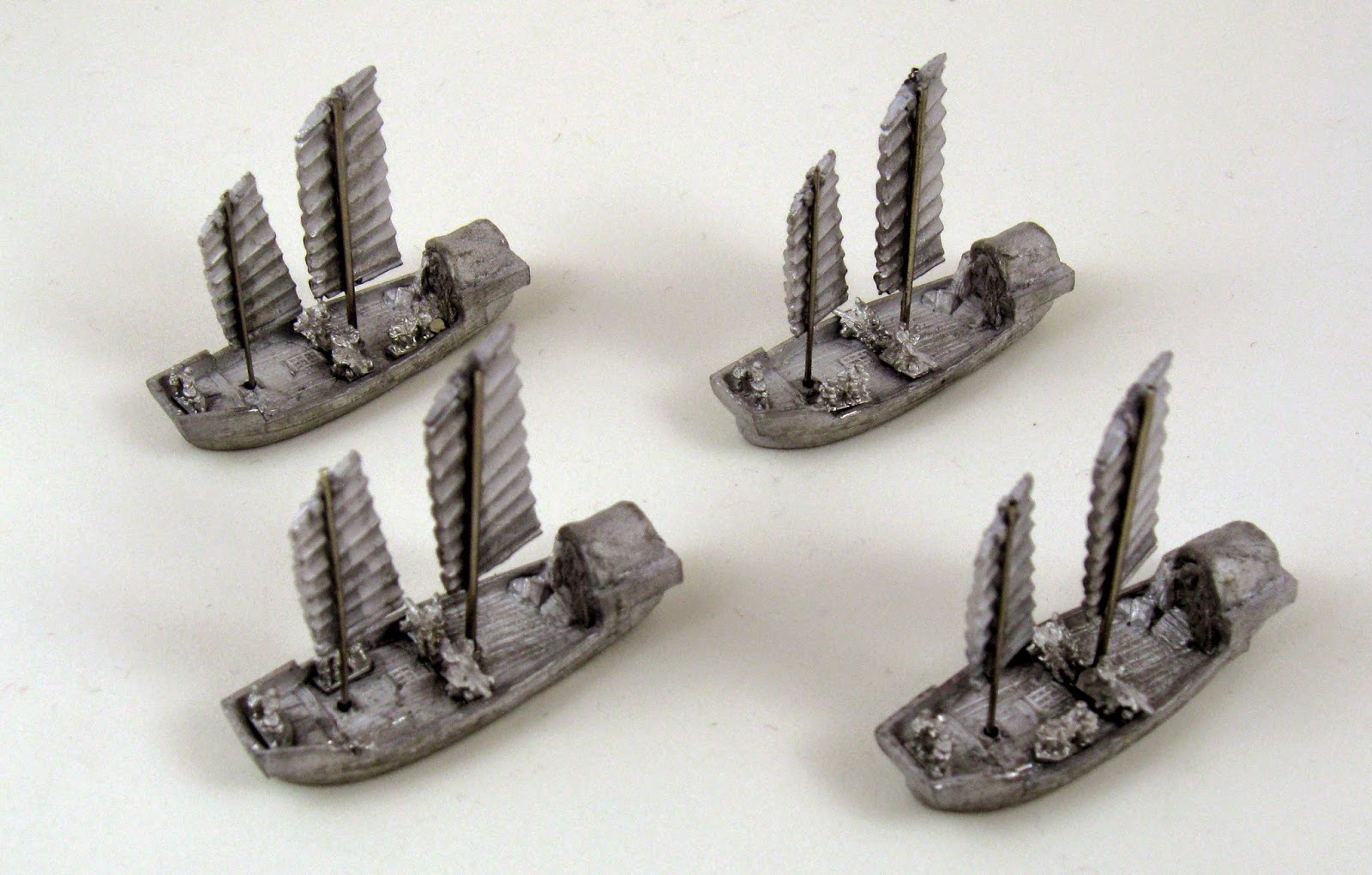 The picture (left) shows the junks with Peter Pig guns and crew added.