Herewith the Confederate and Union artillery. In a Civil War battle being with the artillery was the safest place to be.

In each photo the six guns at the front are Napoleons. The guns at the back are a Parrott Rifle (left) and a 3" Rifle (right). 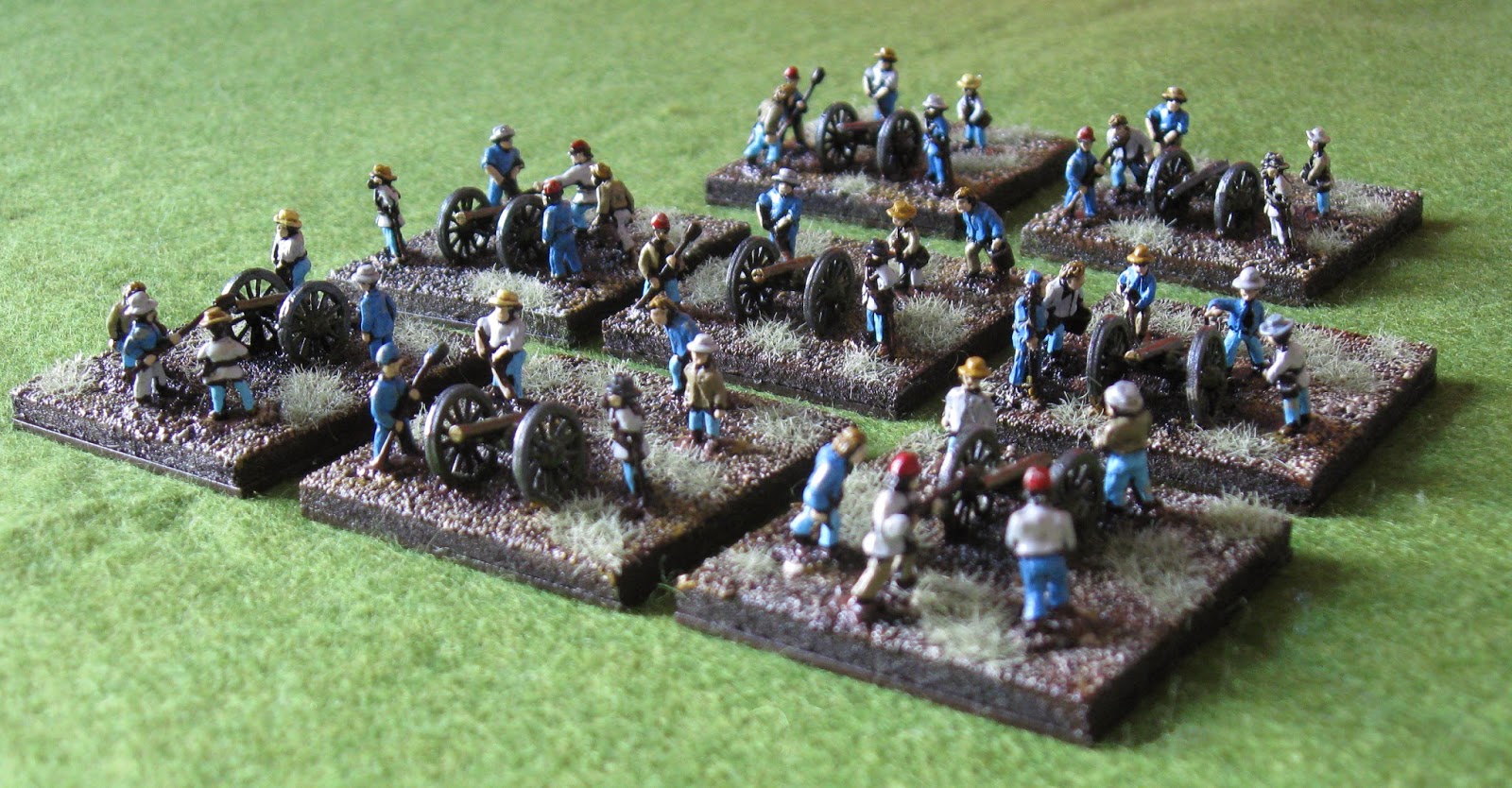 Between my second and current incarnations as a miniature gamer, my gaming activities were confined to playing computer games, particularly the TalonSoft Battleground American Civil War series.

In addition to the military and gaming aspects, I also particularly liked the soundtrack of ACW songs performed by Bobby Horton and I subsequently bought the whole set of Homespun Songs of the CSA on CD. I must remember to get the US ones as well. He's also done an American Revolution/American War of Independence album. 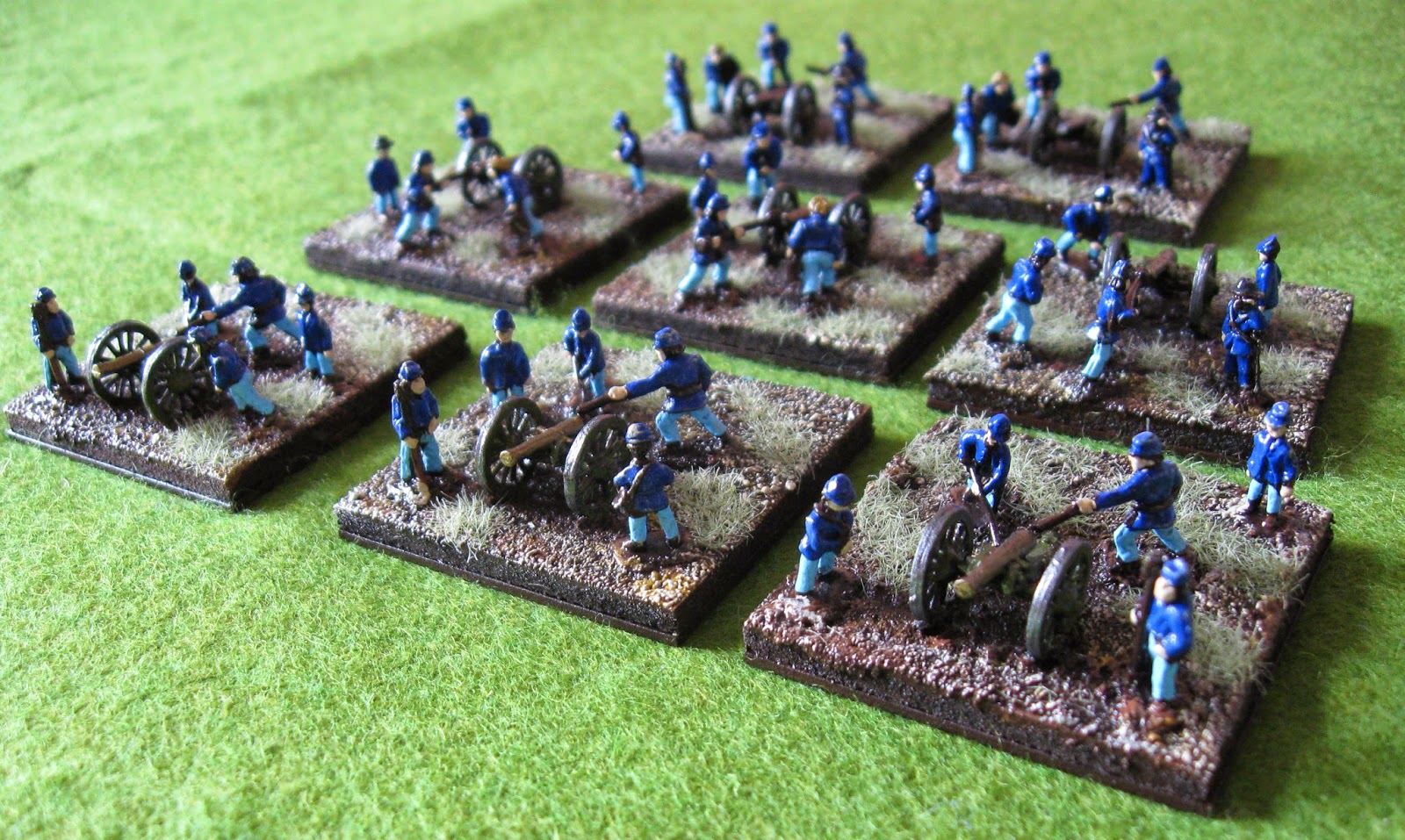