Next up it's the boys in blue. I selected the figures and painted these to give a very uniform appearance in order to accentuate the contrast with the Confederates, although I doubt if any army in the field was ever as regularly equipped as the regulations and uniform books imply. (I also know that the Confederates could be very well supplied.) 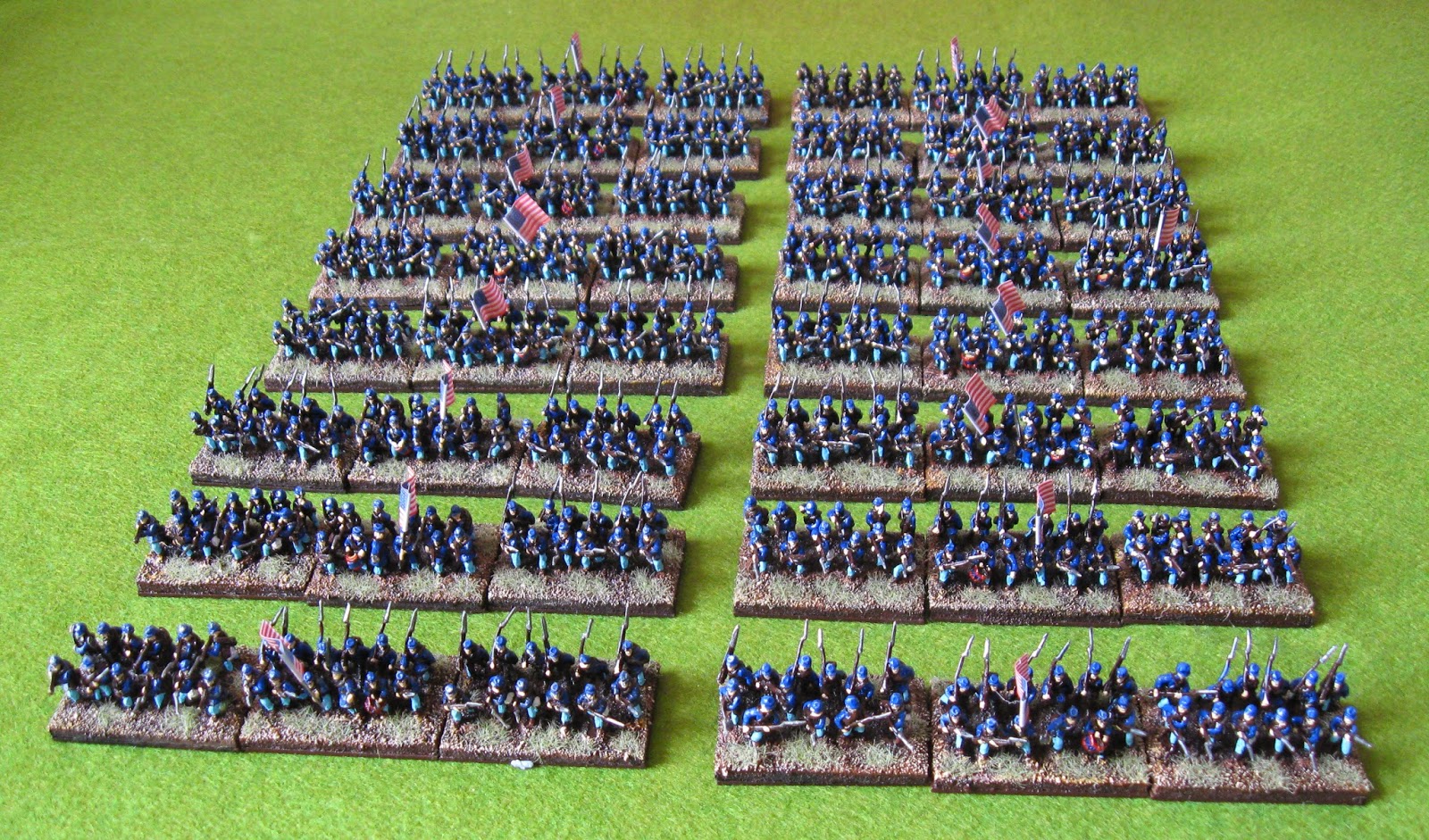 I know somebody is going to ask me why the bases with the flags depict only the national colour and not the regimental colour. One reason is that at the end of the day a base with 12 figures on it is just a symbol representing a unit. The unit could be a regiment or a brigade or part of a regiment or part of a brigade depending on what rules I'm using and what level is being represented. Whatever the level of representation I'm never going to be depicting a regiment at 1:1 scale. So if I did put two flags on a base that number of ensigns would be even more grossly out of proportion! 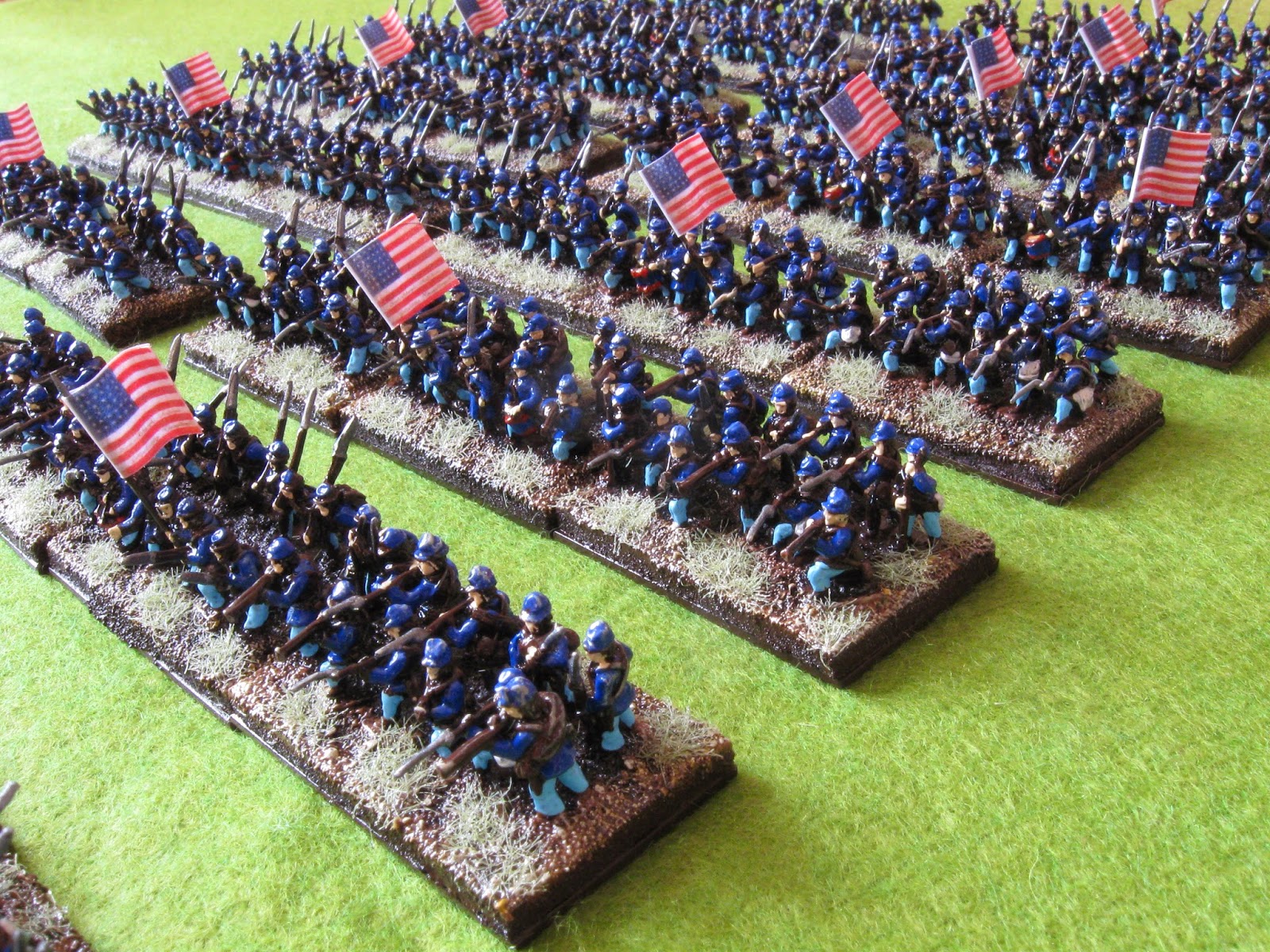 Well that's one rationale for it. Another is that as a boy my interest in the American Civil War was partly fired by a book called The American Heritage New History of The Civil War which I used to go and pore over at the local reference library. It had lots of isomorphic illustrations of the war's main battles. They were beautifully done with the main features of the battlefield and little lines of figures like model soldiers, each with a single national or battle flag. I now have a later 1996 Viking Penguin version, but I don't think the illustrator is credited. 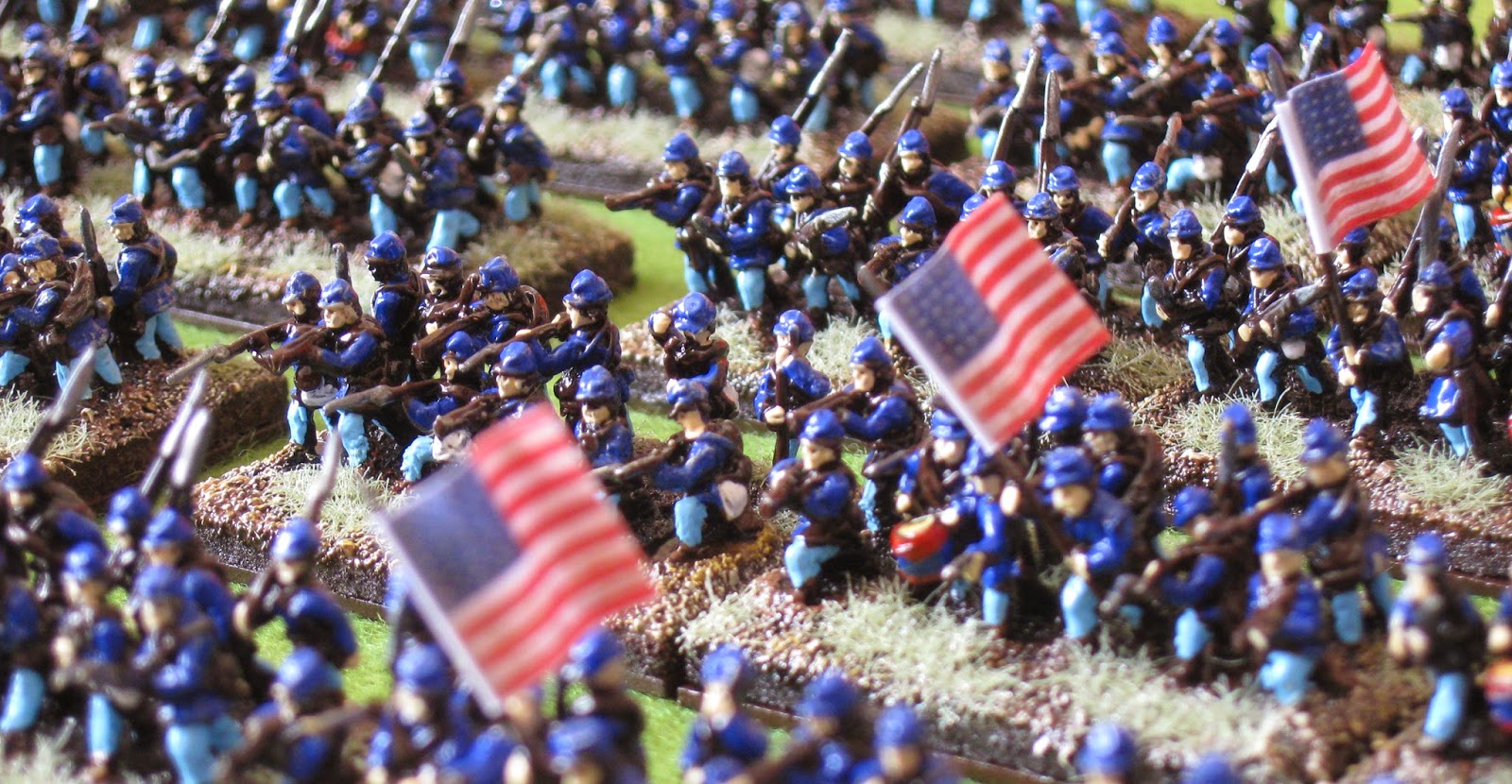 My childhood coincided with the centenary of the American Civil War so there were lots of ACW books published around that time. I also chewed through a lot of bubblegum in order to collect the Civil War News (1962) trading card set. This was another inspiration for a lifelong fascination with this conflict.
Posted by doctorphalanx at 09:15:00