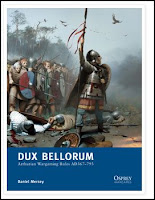 Utilising what I already had available, we played one game with my 15mm Late Romans and Welsh (pictured below) and the other with my 6mm Late Romans and Goths. Despite the difference in scale, both these games were fought with figures based on 40mm frontages betraying their WRG origins. Using 1 base = 1 unit, both games fitted within a compact 2' x 2' arena.

Now, as I've said before, I really do not like the look of single-base units with only a single-rank of figures, so the 6mm figures - based in two ranks - presented a vastly better spectacle IMO. Even so, they were products of the old WRG basing tradition in which even barbarian armies look neatly spaced and ordered and at regulation density.

Since the introduction of Impetus and its big bases, however, our eyes have been opened to a more dioramic approach, and a quick Google of Dux Bellorum images reveals some superb examples of raggedy battle lines, particularly in the smaller 6mm and 10mm scales. 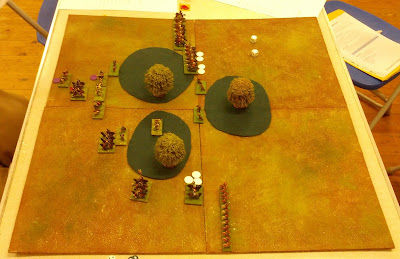 For DB I would have a couple of ranks with a few extras at the front for 'Warriors' and at the rear for 'Shieldwall'. But this depth has to be balanced by adequate width so that each base/unit suggests a battle line. 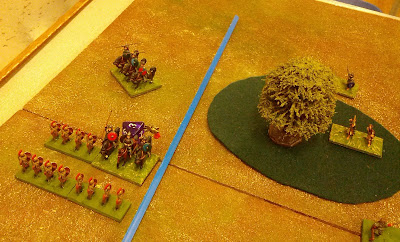 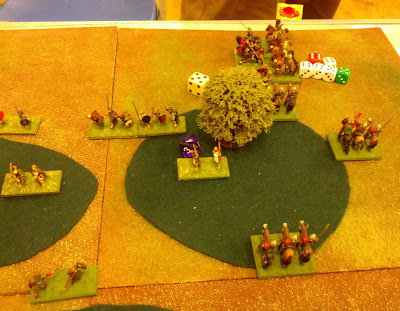 Why so deep you may ask? Well it should allow for some irregularities with a view to creating  a more animated impression. It will also allow me to stagger the horses on cavalry bases. Another possibility is to have different depths for close-order infantry, skirmishers and cavalry as in Impetus. I haven't yet decided what options I'd pursue and would probably need to play around with some actual figures before deciding. 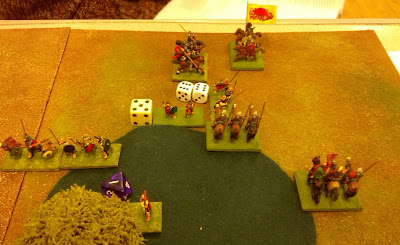 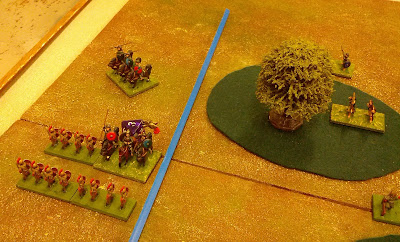