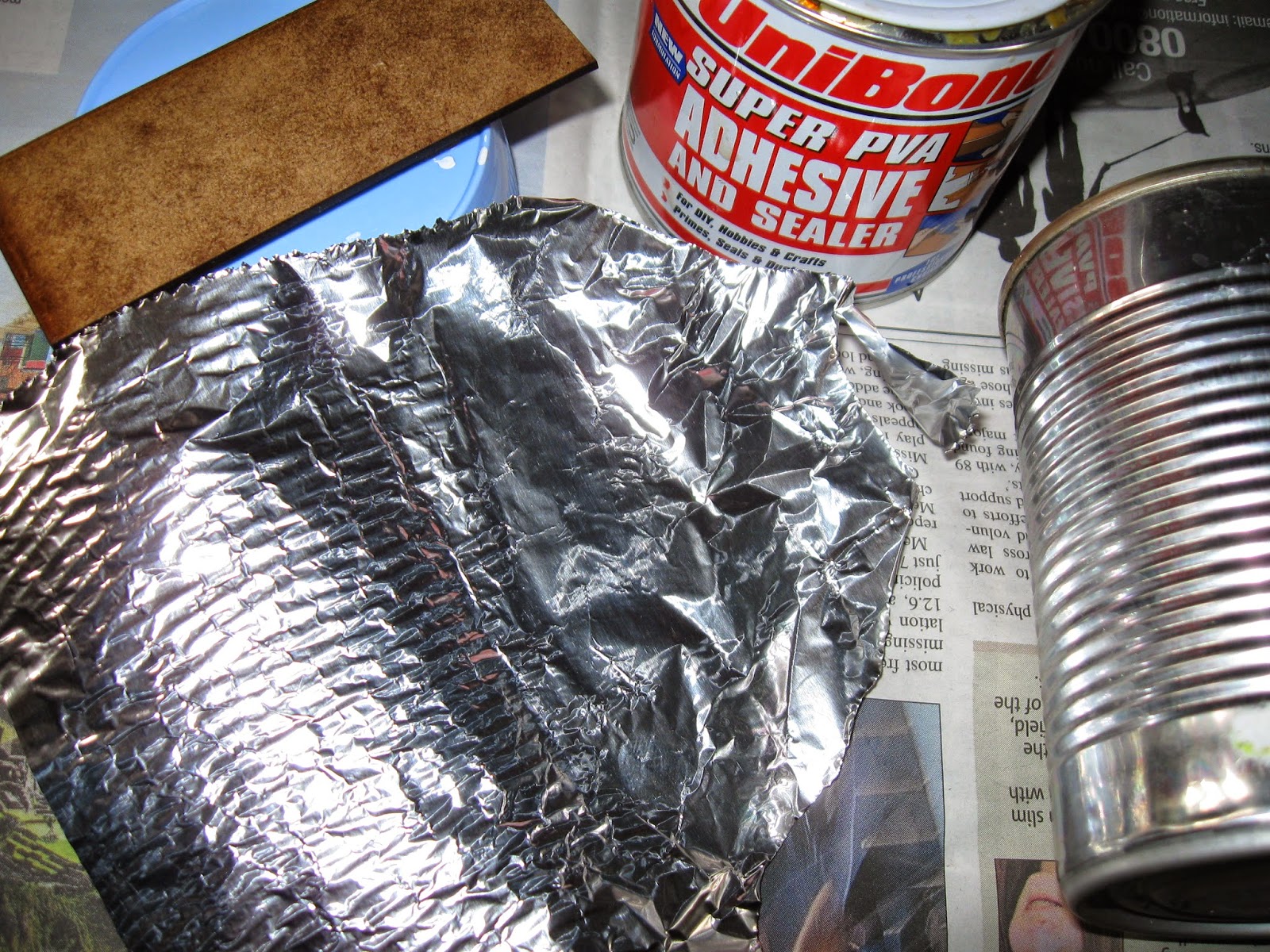 I decided to try a new method for basing my 1/450 Peter Pig pirate ships for Galleys & Galleons - aluminium 'turkey' foil. It's said this should be used shiny side up. I'm not sure why but I followed suit. Rather than just crumpling it, I rubbed it over the side of a ribbed tin can. I then varied the angle a little and re-rubbed parts to create a more irregular wave effect. 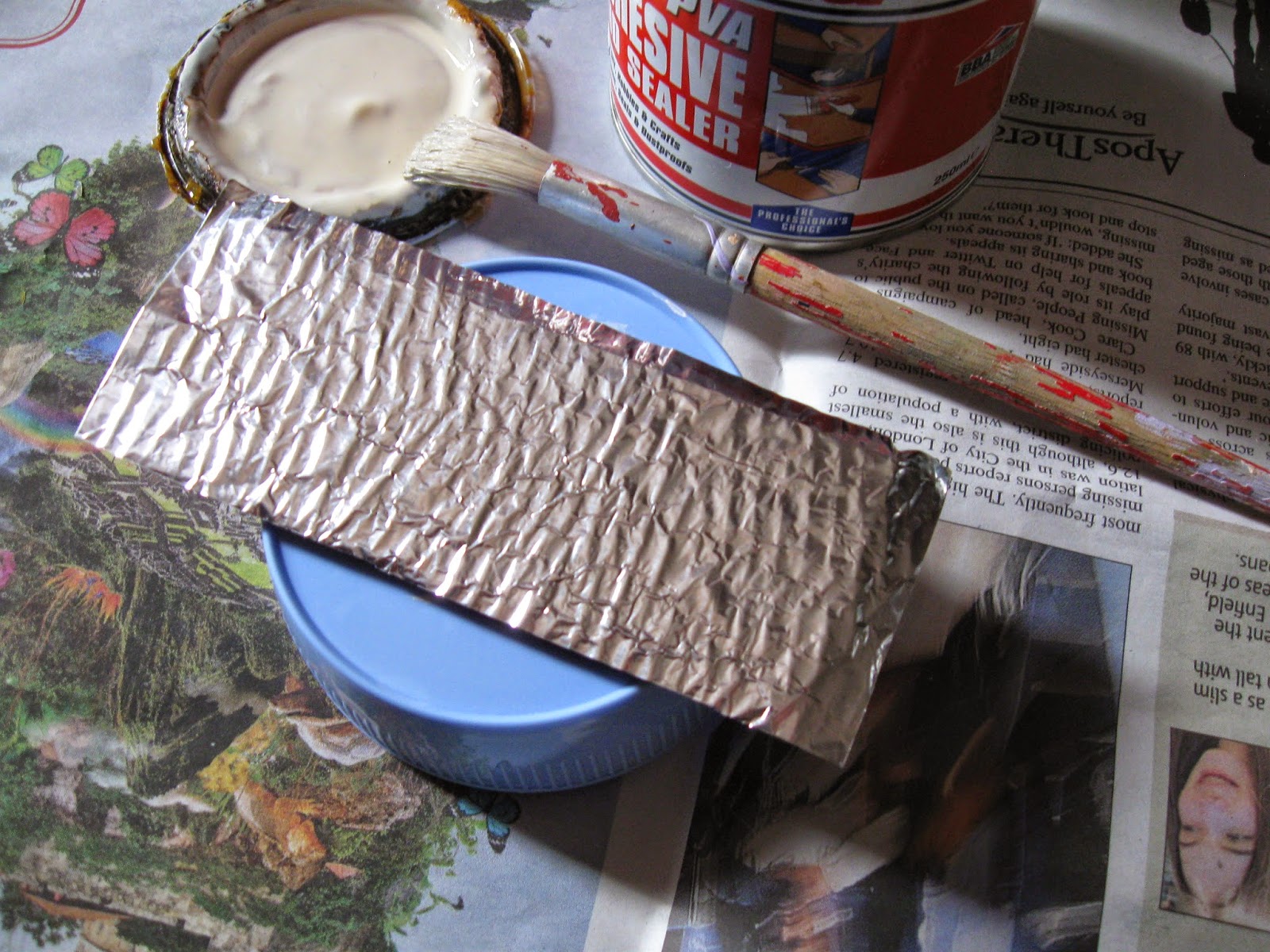 The foil was then applied to MDF bases using PVA which seems to work surprisingly well. 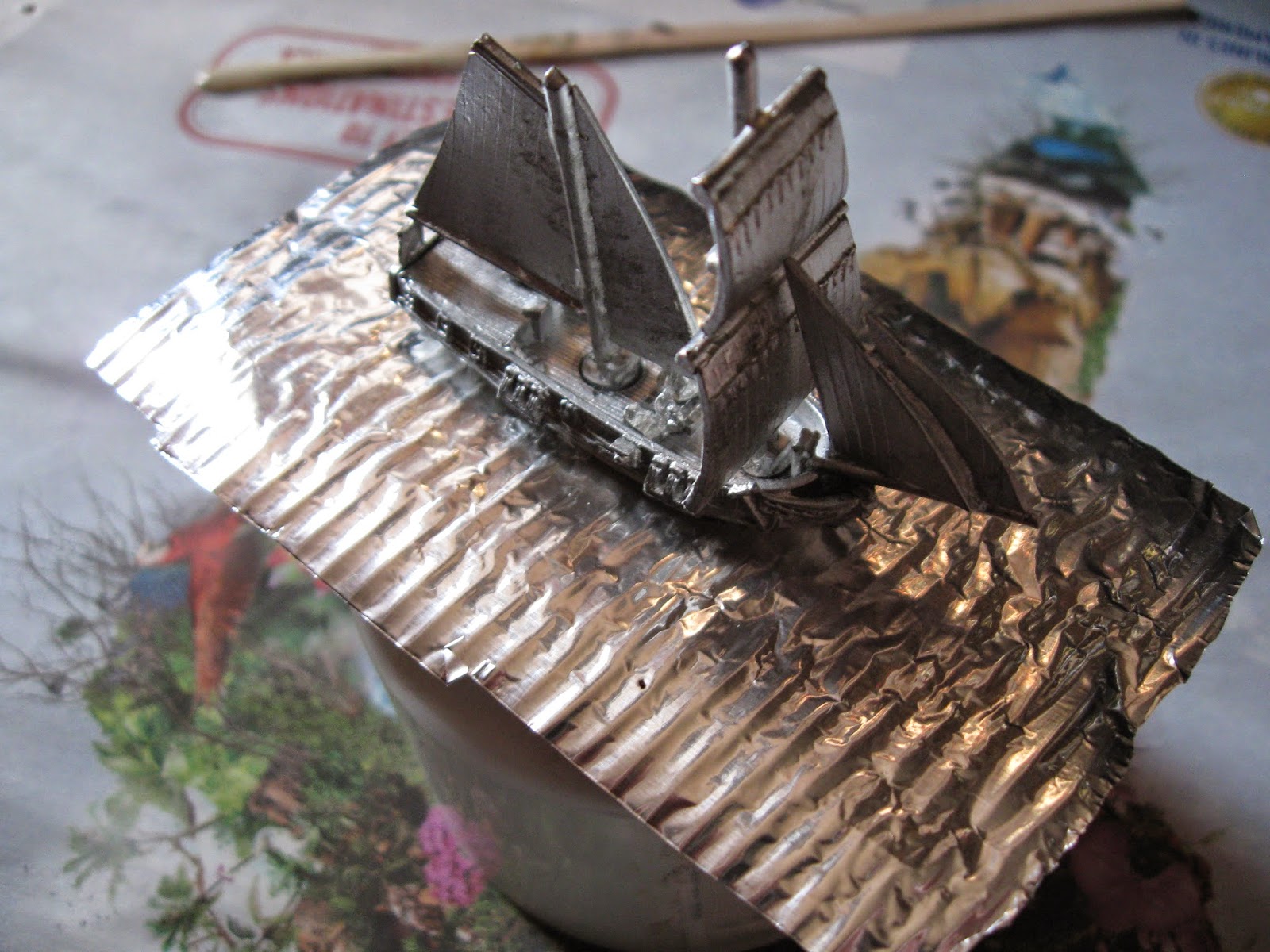 The base, untrimmed, with a ship. 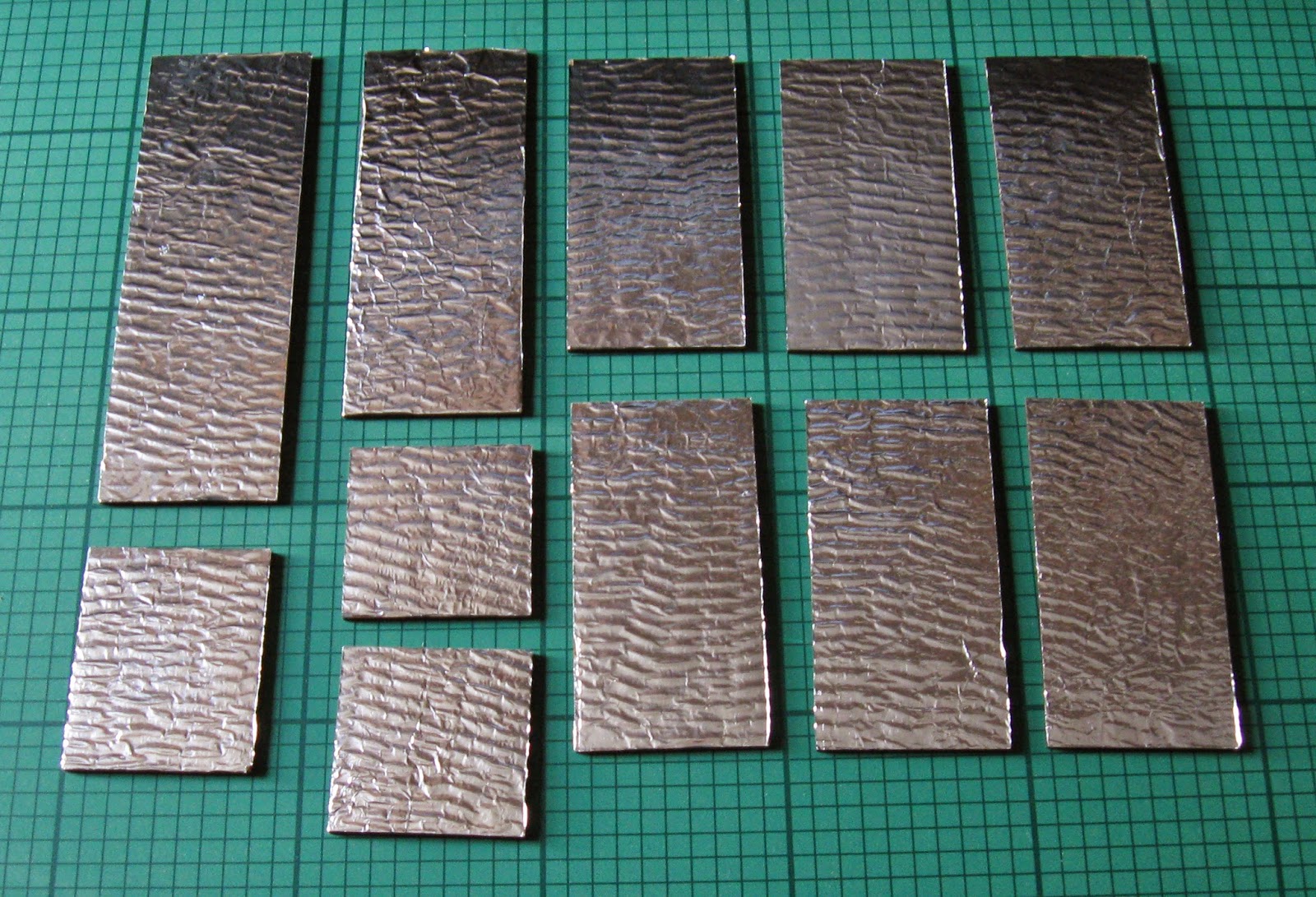 All the bases trimmed with scissors.

The boats provided an extra challenge as they already have bases. First step was to add some filler around the bases to disguise the edges. 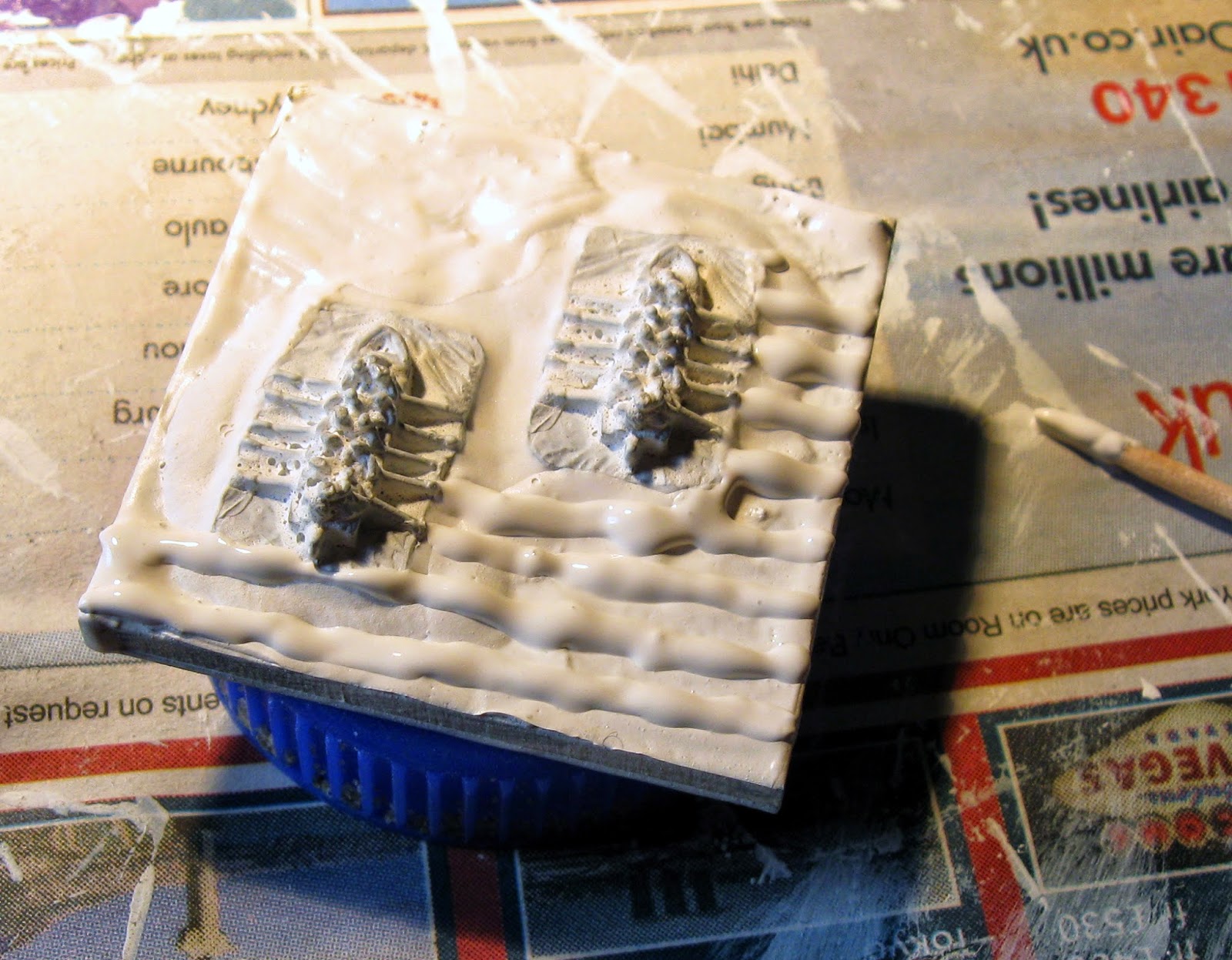 I then used a cocktail stick to sculpt new waves using some tacky acrylic gesso. 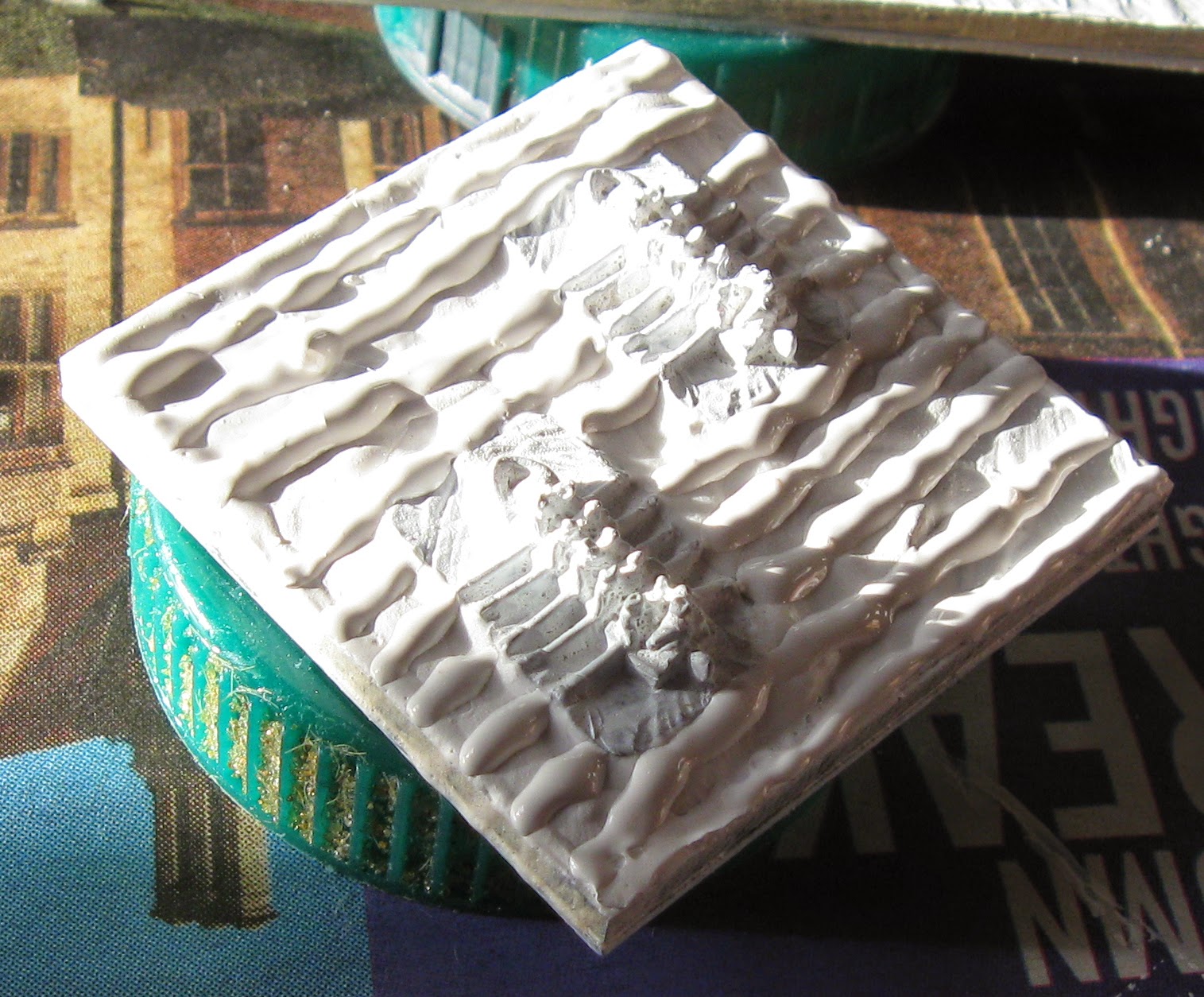 The waves look deep at this stage in comparison to the foil, but the gesso will shrink.