Here is an illustrated guide to how I made and painted bases for my 1/3000 scale pre-dreadnought ships.  The models shown (except for the heading picture which is the Japanese Asama) are all Spanish and American ships from the excellent War Times Journal line, and are based for Phil Barker's Damn Battleships Again (DBSA). 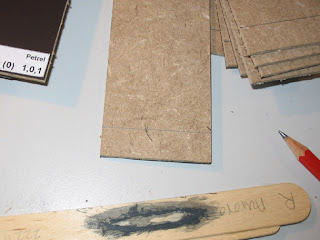 The bases are made from MDF and magnetic plastic. I usually use MDF and steel but these bases are large (2" x 4"). The bases are labelled underneath for temporary recognition purposes. The back edge of the base's topside is ruled off using a template. This is to ensure a flat surface where the final label is going to be stuck. 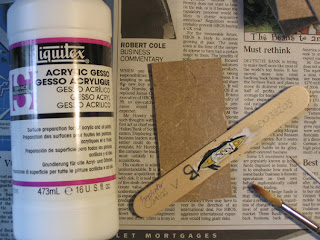 The base is painted with a thick application of an artist's material, Acrylic Gesso, which is used as a surface preparation and for thickening acrylic paints. 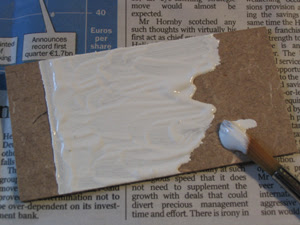 It is allowed to dry/harden slightly for a few moments only. 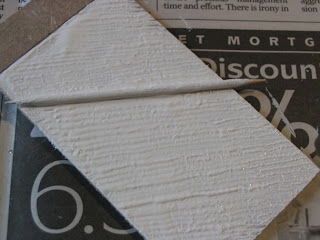 A cocktail stick (toothpick), held horizontally, is impressed into the Gesso to create small waves. I work across the base in one direction and then back again. I do all my ship bases on the same diagonal.

It may be that even these small waves are actually overscale for 1/3000 ships but they create an effect which people expect, a sort of postmodern hyper-realism if you like. 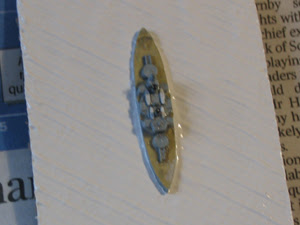 The ship is then dropped onto the centre of the base while the Gesso is still wet, effectively sticking it in place. This works well for 1/3000 but might not with heavier models. The ship is also pushed forward slightly with the intention of creating a slight bow wave but I don't think this really works. It might work with larger scale models. 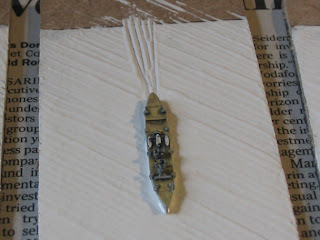 The end of a cocktail stick is then used to scratch a wake. 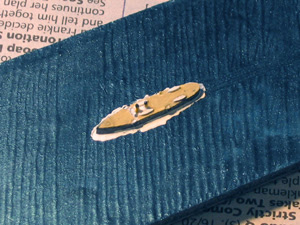 The base is painted with Vallejo Gunmetal Blue. The use of this metallic colour - which I learnt from Alan Butler of A&A Game Engineering - creates an incandescent effect. This took a leap of faith but I think it works. I suppose you could mix the colour with the Gesso and cut out a stage but I don't fancy dropping my models into a gooey blue mess in case they land upsidedown! The bow wave, the area around the ship and the wake are carefully painted white with a small detail brush. 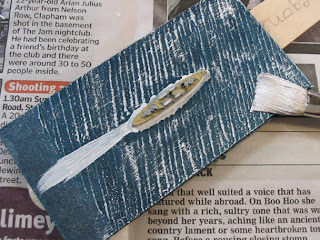 The tops of the waves are dry-brushed 'against the grain' with white. 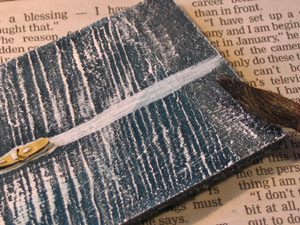 The base is finally coated with Future/Klear acrylic floor pollish tinged with a drop of gunmetal blue to tone down the white (as in lower right area). That's it apart from sticking on the ID labels.
Posted by doctorphalanx at 08:21:00