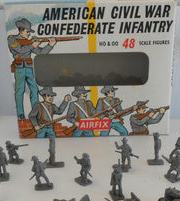 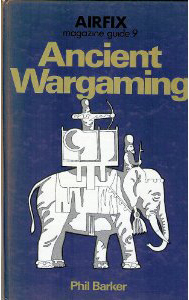 But playing with toy soldiers was in the blood and in the mid-70s my interest was rekindled by Phil Barker's Airfix Guide to Ancient Wargaming. I visited John Tunstill's shop in Lambeth and later joined the famed South London Warlords becoming a regular wargamer from then until the mid-90s, playing mainly WRG Ancients (25mm and then 15mm), Renaissance (25mm) and Cold War (1/300). Ancient players were very competitive, but at least you were never short of a game.

After a further five year hiatus when I left London, I rejoined the hobby shortly after the millenium but with a shift of interest to the 20th Century. Despite having a cupboardful of 15mm ancients and mediaevals, not to mention the legacy of an unpainted lead mountain dating back to the 70s, I was soon at work on some new armies, specifically my 15mm Peter Pig Spanish Civil War ones for use with Crossfire. I joined a club in a neighbouring town but found it difficult to interest anyone in Crossfire. I then discovered a more local club which is very friendly and inclusive, but it's also quite small so you typically have to put on a complete game, providing both armies, the scenery and guiding others through the rules which can be taxing after a long day's commute. I don't drive so my game choices are thus restricted to what can be easily packed and carried, but that is a subject for another post.