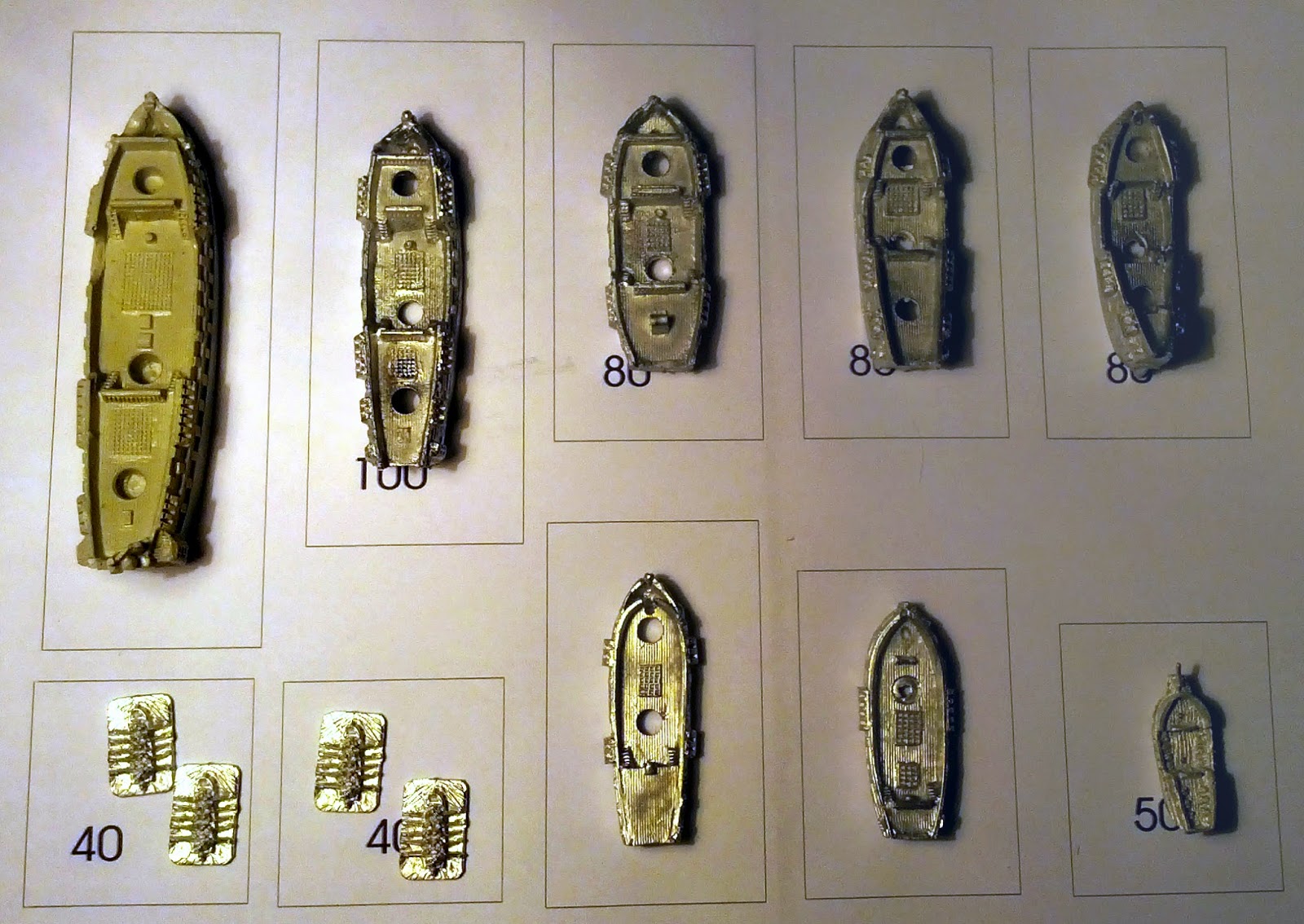 Nic Wright's Irregular Wars: Conflict at the World's End reinforced my interest in games which require only small armies and a compact playing area, and can be finished in 1-2 hours. I was thinking about other, similarly compact, land war options, when Nic's new pirate naval game - Galleys & Galleons - impinged on my consciousness. This is currently at the play-testing stage and I have enrolled as a volunteer.

The game involves very modest forces, can be played in a quite restricted area, and promises to be fast and furious. It satisfies all the criteria for a modest, compact and fast game, but what initially attracted me to it were the photos on Nic's blog of his superbly painted 1/450 pirate ships made by Peter Pig .

So after volunteering I sent off an order to Peter Pig for some ships, and here they are being measured up for their bases. I later realised that the sloop and schooner have very long bow-sprits, so they will need longer bases than those indicated.

From left to right, and top to bottom, we have PP's Large Merchantman, Large Warship, Brigantine, Small Merchantman, Flute, Rowing Boats, Schooner and Sloop. Finally there is an RPE fantasy 'Galleass' (to be converted into a Pinnace). I don't know how the rules may evolve, but I'm currently planning three forces: merchant, pirate and Royal Navy. I'm interested in the 1690-1730 period which is at the very end of the rule set.

Peter Pig also supply separate guns (small, medium and large with appropriate open gun ports) and deck crew, so there is plenty of opportunity for upgunning and animating the ships. The deck crew have only 8 little groups of figures. Two look like boarding parties and are the best. Three appear to be just standing, but that's fine. Two appear to be hauling on a rather oversized rope (or perhaps it's a tiller?). And one group appears to be manning a ship's wheel, though that would be rather novel for this period when tillers were controlled by whipstaffs and wheels were only just beginning to be introduced. While the ships (at £4 - £6 each) are very good value, the deck crew and separate guns (at £2.90 a pack) seem very expensive for the amount of lead supplied.

I first attempted to stick the ships together using epoxy glue. This was a big mistake. Although forgiving of innacuracy, it takes an age to set and that's very inconvenient when having to hold masts in place! I therefore switched to superglue which proved a doddle. I will post more photos, and game reports, as the project progresses.
Posted by doctorphalanx at 11:08:00