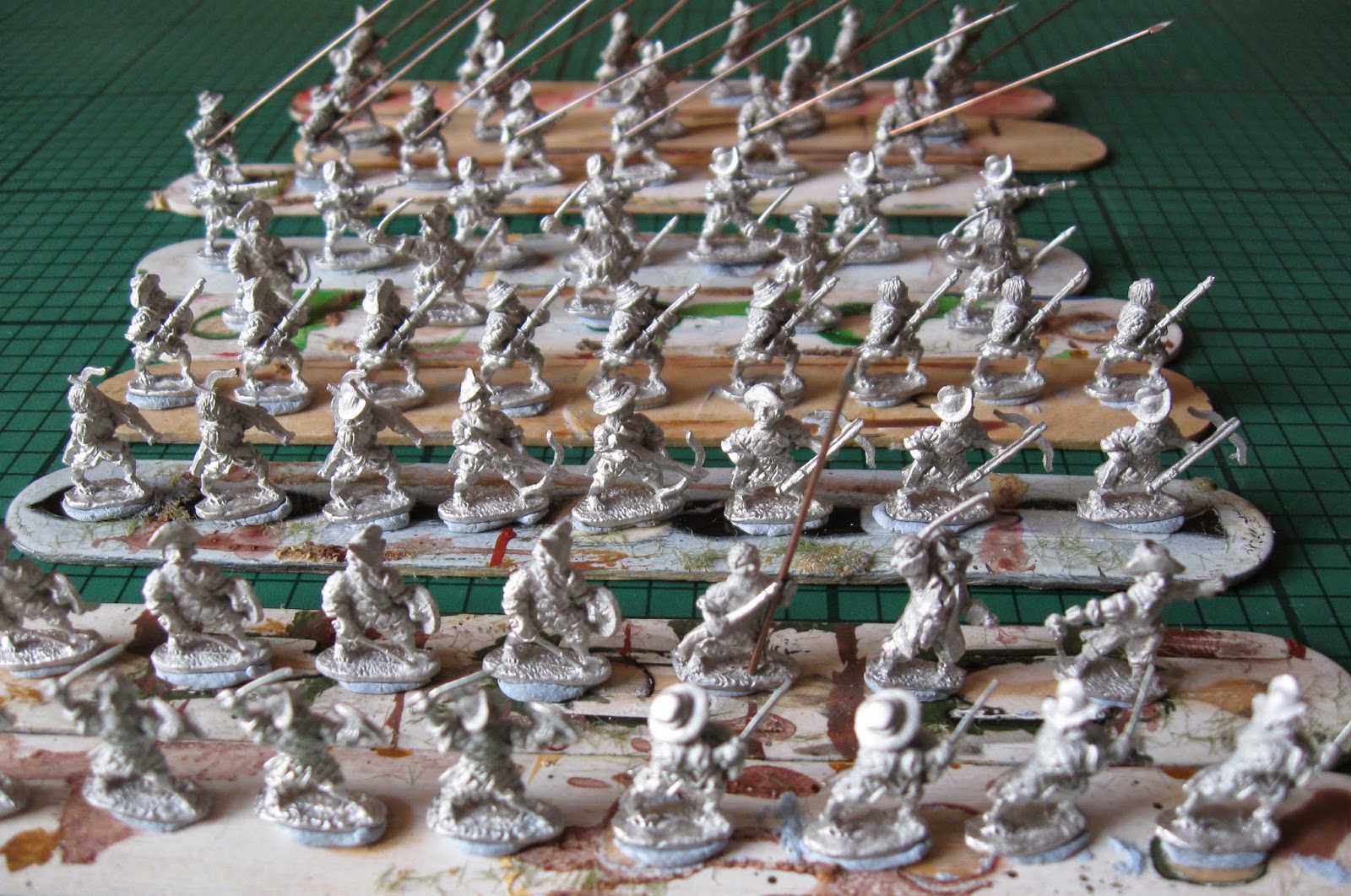 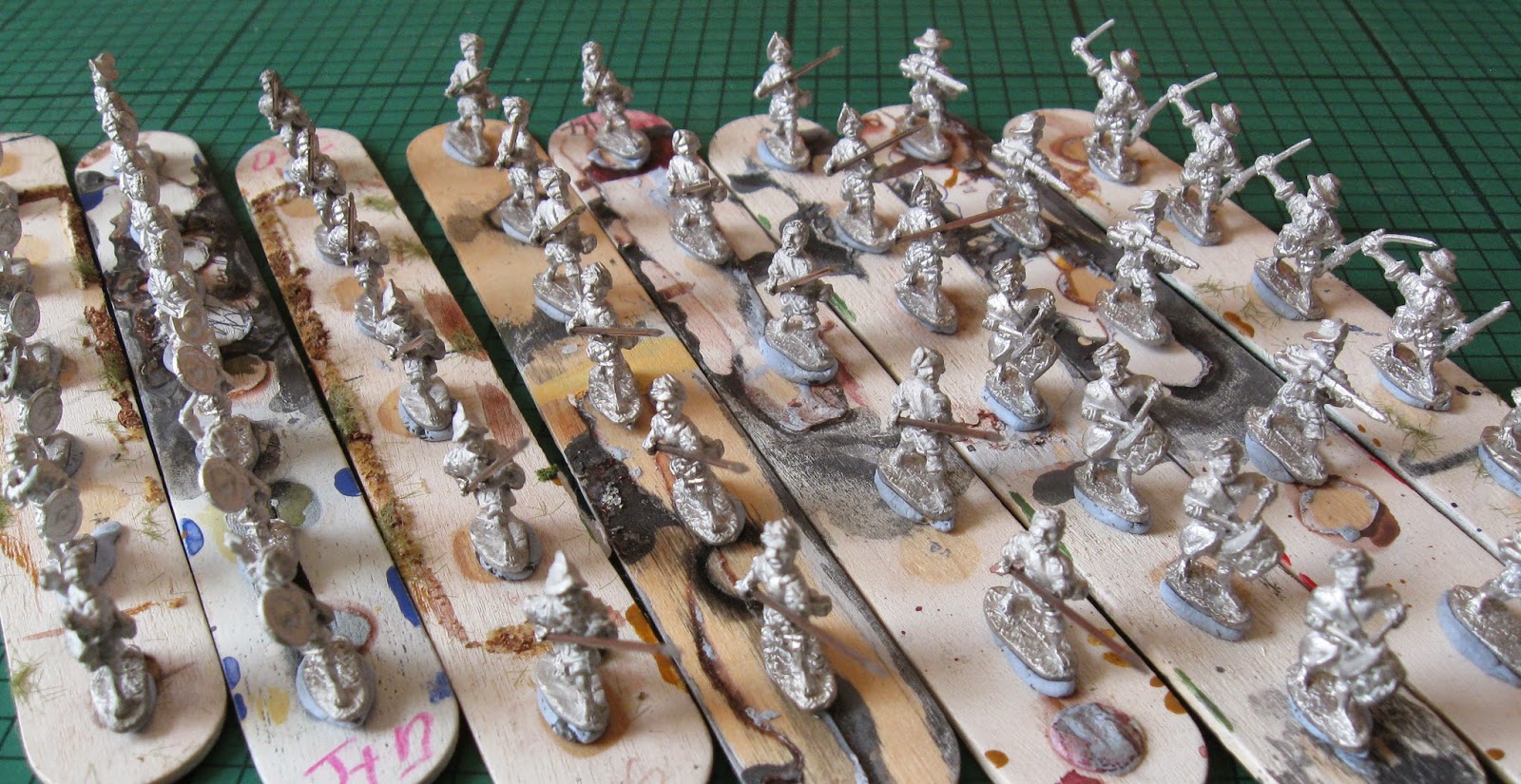 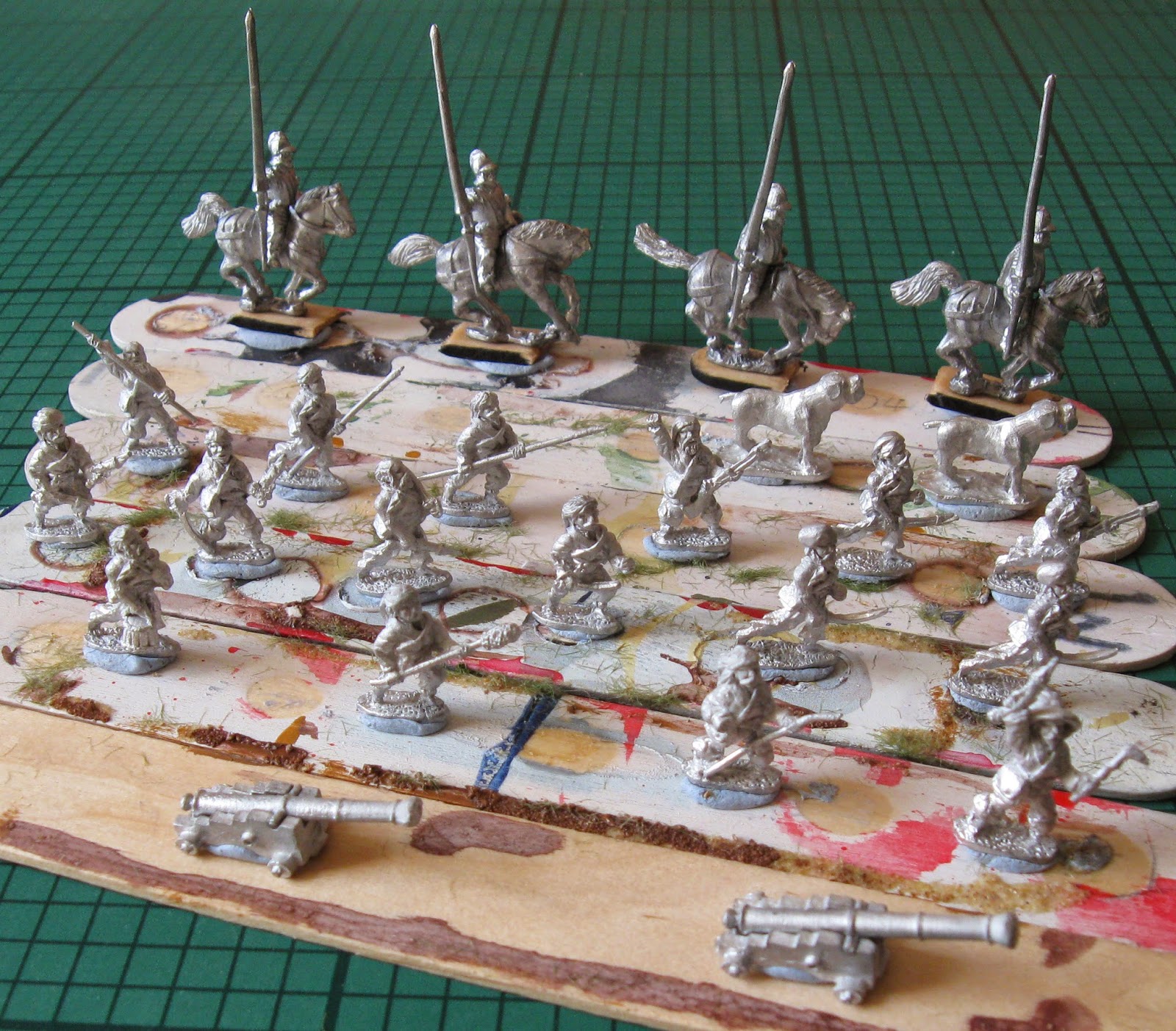 Guns and ships crews from Grumpy's Bucaneer range reinforce
the Hollanders. The cavalry are Essex lancers and will be my
fidalgos (Portuguese) or hidalgos (Spanish). The mastiffs are from Museum Miniatures.

More cavalry and halberdiers. The cavalry are Viking Forge
reiters (left) and herreruelos (right) supplied in the UK
by 15mm.co.uk.


One of the most appealing aspects of IW is the modest number of figures you need for an army, and the corresponding opportunity for collecting lots of interesting and colourful ones.  Another army currently in my sites is Mughal, using Essex figures, as I'd especially like an army with elephants. IW author, Nic Wright, is also now threatening to add a Barbary Corsairs list, another opportunity for exoticism. Barbary pirates raided the coasts of Britain and Ireland for slaves in the Sixteenth and later centuries so they could be plausibly lined up against my English or Irish armies at the scale represented in IW.