February 2011 game
These are some earlier photos from February 2011 when I had temporarily broken up the multi-storey buildings into single-storey units. This makes for an interesting game but doesn't quite capture the right atmosphere in my opinion. 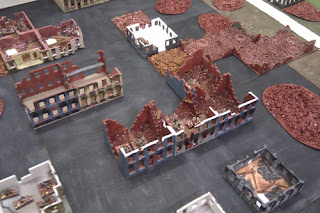 The white edges need painting. The white interiors have since been painted black. 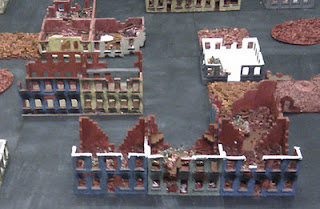