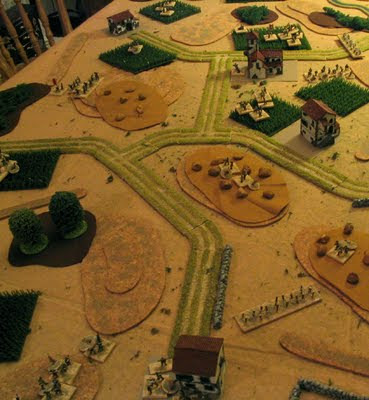 Nationalists left, Republicans right. A Nationalist attack (foreground) makes little headway as their position is very exposed once they have come over the hill. At this time I was using Hit the Dirt contour lines but I later reverted to standard Crossfire hills.

View of the Nationalist attack from the Republican line. The Nationalists were stopped at this position.
Posted by doctorphalanx at 04:52:00